Australian Power & Gas brings IT up to scratch 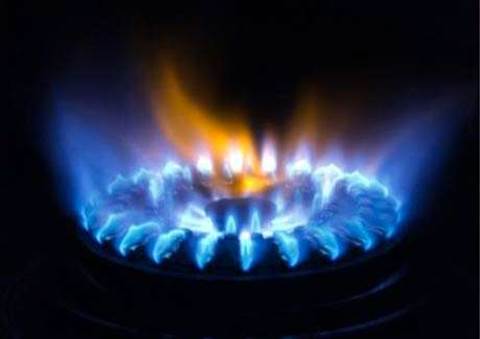 Energy retailer Australian Power & Gas is installing a new general ledger system and enhancing its data warehouse in a multi-year bid to beef up enterprise IT to support its growth plans.

It has used the past two-and-a-half years - coinciding with the tenure of current chief information officer Joseph Gullotta - to improve IT systems across the business to meet that goal.

"We've done a lot of work and looked at almost every aspect of the business in terms of IT, and we've worked on upgrading those to an enterprise level," Gullotta told iTnews.

"You have to understand it was a startup business.

"When I joined in 2010 we were only operating for a few years at that stage and we were growing very fast, so we had to put some enterprise systems that could cater for immediate requirements and also grow with us going forward."

Aside from some industry-specific settlement and reconciliation systems, a sizeable chunk of Australian Power & Gas' enterprise application stack is Microsoft technology.

An 18-month-old Microsoft Dynamics system is used to manage customer enquiries that come in via email, and to track complaints against outsourced doorknockers working on Australian Power & Gas' behalf.

Doorknocker tracking is required under an industry self-regulation scheme. Statistics - "there's not a large volume of them" - were previously tracked in a more "simplistic" manner, Gullotta says.

Australian Power & Gas also uses SQL Server as the basis for a data warehouse, which consolidates internal data flows with those generated by outsourced partners, such as for its billing system, call centre, telesales channels and doorknocking providers.

"That [data warehouse] environment is still maturing for us," Gullotta says.

"We're looking at other third-party tools that could assist us in easy analysis of the data."

It's unclear exactly what role those third-party tools will play. Gullotta indicates that the company will "predominately" look to utilise SQL Server Reporting Services to surface data from the warehouse to the company's management team.

The company's desktop environment is Windows 7, mostly Office 2010 and with Exchange/Outlook for email. Its website is built in Visual Studio on .NET using internal web developer resources.

"Where we can, we pick up the Microsoft toolset," Gullotta says.

Not everything in the IT environment is Microsoft-based. Australian Power & Gas uses VMware virtualisation for its server infrastructure, NetApp for storage and disaster recovery and Cisco kit for its phone system.

It has also settled on a non-Microsoft general ledger system - FinanceOne, created by Technology One.

Gullotta's internal IT team of nine compares favourably with the overall size of the company - about 80 staff in total.

"It's quite a large team for a small user base, but we run a lot of the large applications and there's a lot of data flow for us," he says.

"We cater for and handle that in-house. We do all web development and data warehousing in-house."

The team is bolstered by an array of partners and outsourced arrangements.

Australian Power & Gas is a long-term user of Serviceworks, which looks after its Agility Orion billing system and most call centre work, barring a small presence used to respond to email queries, which stays in-house.

The Microsoft Dynamics CRM project was handled in part by IT service provider CSG. Likewise, ASE IT and VMtech have been brought in to support various IT projects.

The company has also handed off managed voice and data services to Primus Telecom.

"The amount of work that's happened over the past two years has been immense," Gullotta says.

"We've really brought it on in leaps and bounds in that time. The company's now set up for a long time with the correct [IT] environment in place."