Australian Cyber Security Centre finally gets its own office 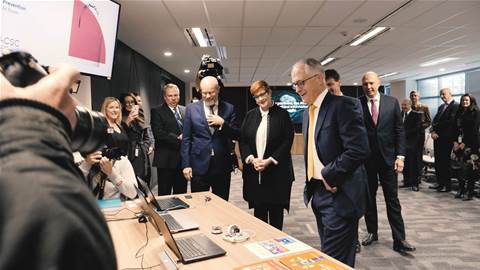 The Australian Cyber Security Centre is officially live in its new home at Brindabella Business Park, cheek-by-jowl with the main runway at Canberra Airport, and will lead rapid response to around 16 incidents a day.

The move was flagged in July last year with the new facility able to house about 700 people.

It shifts the ACSC out of ASIO's opulent lakeside Chifley building as the ranks of Australia's so-called securocracy continue to swell.

Opening the centre, Prime Minister Malcolm Turnbull said the new centre is in a “custom-built, custom-designed building, with a classified and unclassified section”.

“It is designed to enable the cyber security centre to reach out to and engage with the private sector, with industry,” Turnbull said.

The ACSC has had an assortment of digs over the years since it's creation. Under the Gillard government it started out on the former ultra secure Defence Joint Operations Command bunker at Russell, a facility nicknamed "the pit" by defence staffers. 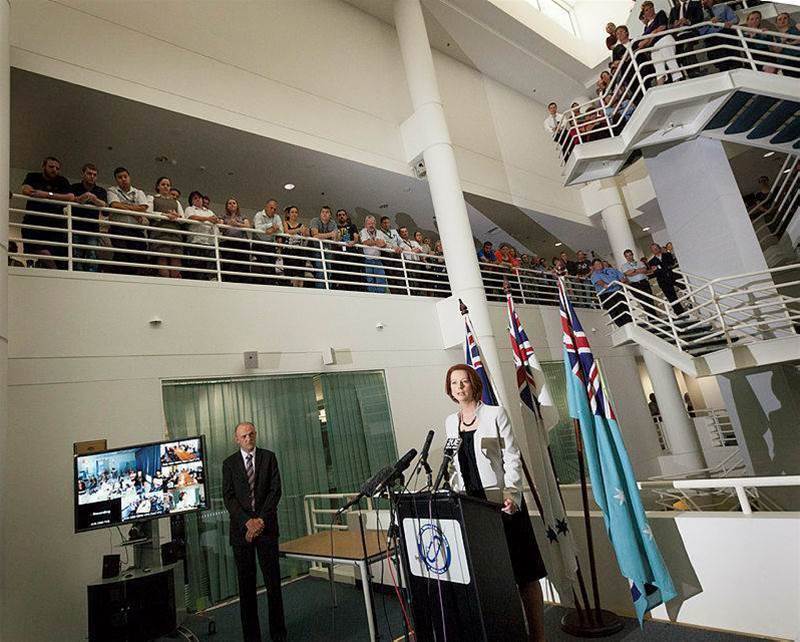 Turnbull said the government’s investment in the new ASCS facility - and in the cyber security strategy generally - signalled its intent to fight an increasing number of attacks levelled at government and business interests.

“Billions of cyber events orchestrated by criminal, and indeed nation state actors are aiming at the very heart of the Australian Government, business and our public life,” he said.

“It is a global threat. Nation states are among the worst and most consistent offenders, persistently targeting Australian institutions across government and business.”

Turnbull said that 33 Australian universities were targeted by an Iran-based spear-phishing campaign “as part of a sophisticated attempt to steal intellectual property and academic research.”

He also raised instances of alleged election interference worldwide, as well as the continued efforts by cyber criminals to drain bank accounts and access stores of personal data.

“We can and we do successfully repel many of the phishing, malware and denial of service attacks against government and business. But we don't stop them all.

“One successful cyber attack is one too many. We have to present a strong and united forward defence and malicious cyber criminals and foreign actors, states, foreign states, must know that there will be consequences for targeting Australia. They should think again.”

Turnbull said the new ACSC had been involved in rapid response around new chip flaws revealed by Intel and security researchers this week.

“Just two nights ago at 3:00am, we saw a great example of the centre's ability to deliver early warning at speed,” Turnbull said.

“The team received information about a risk to computer chips manufactured by Intel.

“A new rapid response capability swung into action, providing organisations with the information they needed to prevent their systems being compromised.

“Within ten minutes the Australian Cyber Security Centre had notified government agencies and critical infrastructure providers around the country. Indeed, this type of rapid response is a regular occurrence for this ACSC.”

It is intended to give Australians “a coordinated end-to-end advice reporting and response capability.”

Turnbull said his vision for the ACSC “is to see programmers, cyber analysts, business advisors, policy officials from states and territories working side by side towards a common goal; cyber resilience across the country.”

“We - and by that I mean government and industry - have a shared responsibility to build resilience, transparency and trust into our online systems,” he said.

“We have to work together if we’re to shift the dial against malicious cyber activity towards zero, or to at least become resilient to them.”

“The new cyber.gov.au website will replace a number of Government cyber security websites and services, including ACORN and acsc.gov.au,” the government said in a statement.

“This important step will provide businesses and individuals with one single place to report cybercrime and find advice on cyber security practices.”