Australian carriers two years away on Voice over LTE 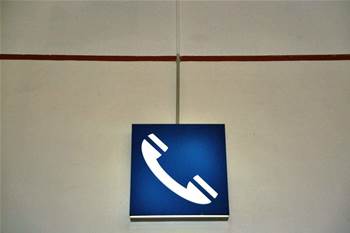 As Korea, US moves in.

Telcos in the United States and South Korea have claimed equal first in switching on the world's first Voice over LTE networks this week, but similar moves for Australian carriers are up to two years away.

The voice technology, made available by US prepaid carrier Metro PCS and SK Telecom in South Korea, allows for telephone conversations over Long Term Evolution (LTE) networks, rather than requiring a carrier to fall back to 3G or 2G networks when making phone calls.

Developed more than two years ago by the GSM Association, it has seen little take-up to date, due largely to the availability of compatible devices and ongoing moves toward LTE deployments.

Telstra director of networks and wireless Mike Wright told iTnews the telco would look to experiment with the technology over the next 12 months, but did not expect a commercial version of service from Telstra or its rivals Optus and Vodafone for at least two years.

"If we think there's a benefit with the technology we're usually fairly keen to proceed with it," he said.

"Voice over LTE is one that will have its time but it's not one that is a high priority for us and [that's] largely because until we start to see multimedia and some value-add that goes with it, it's pretty well recreating voice over a packet network.

"At the moment we're quite comfortable with the performance of our voice over our existing network."

Wright said Telstra had a total 700,000 users on its network with HD Voice compatible devices, and had recorded a four-fold increase in the number of voice calls made between Telstra phones using the technology since launch.

He claimed a dropout rate of less than one percent on the network.

But the technology, a version of which is baked into the Voice over LTE standard, has failed to garner much interest in Australia outside of Telstra.

Though deployed on some fixed-line networks, Optus and Vodafone have yet to deploy it and there are no "active conversations" between Australian telcos as to the introduction of inter-carrier gateways required to allow a full HD Voice call to occur between two users on different mobile networks.

"It's the same as when SMS came out, when MMS came out — you need to get the penetration of the devices, the network support and then the inter-working gateways," Wright said.

Spokespeople for Optus and Vodafone both confirmed intentions to trial Voice over LTE in future but it is understood that at least Optus has disregarded HD Voice as unnecessary for the meantime.

Despite the growing potential for all three carriers to have LTE offerings by the middle of next year, the newer voice technology remains well off respective roadmaps.

"The value that customers place on the capability to punch in a bunch of digits on a mobile phone, press the green button and the phone on the other end of a call to ring is often ignored because it is such a basic assumption that it works," says Dan Warren, director of technology at the GSM Association and a core inventor of the VoLTE standard.

"Very few people think about what that implies in terms of the underlying technical alignment and the commercial agreements between operators to make it all work for all operators in all countries across the whole world.

"Mobile operators understand that to continue this paradigm, they all need to adopt a common technology and need to sign up to continue to interconnect exhaustively with each other."

According to Warren, obstacles to take-up have been a mix of device availability and the ability to easily fall-back to legacy networks outside of 4G coverage.

Device makers are slowly gaining speed on VoLTE compatibility; a 4G-capable version of the Samsung Galaxy SIII is being used as SK Telecom's flagship phone for VoLTE in South Korea, while Metro PCS will offer customers an LG smartphone with the feature.

Like HD Voice, device compatibility is likely to gain critical mass over a period of several years but the move to all-IP packet core networks underlying mobile networks is also a pre-requisite for a successful Voice over LTE network.

"The handover is complicated because not only does the radio interface change, but also the bearer for the call has to move from an IP-based VoLTE bearer to a [circuit-switched model]," Warren told iTnews.

"All of this needs to happen without the customer noticing. This has presented a real challenge and also has a handset impact."

Telstra's Wright said the time-critical requirements of a voice call had led the telco to remain conservative about a transition away from circuit switching for the 375,000 users that now inhabit its 4G network.

"We know [the 3G] environment, it's been optimised over a long period of time and we'll wait and just see the maturity of voice over LTE technology because I believe there will be a few challenges," he said.

Both Warren and Wright predict a two-to-three year timeframe for Voice over LTE take-up in Australia and globally.

"We can expect the 'hockey stick' up-turn in customer numbers to come in during 2015," Warren said.