Australian banks told to build APIs to share data by 2018 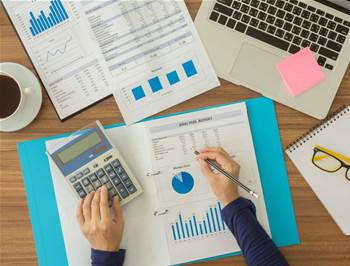 Transaction history, balances could be included.

Banks could be forced to give up their customers' transaction histories to other banks and finance technology firms by July 2018 if the government adopts the recommendations of a parliamentary committee.

The lower house's economics committee yesterday released the final report [pdf] of its review into the four major banks.

It went beyond the recommendations of a recent Productivity Commission report, suggesting that banks should be forced to use application programming interfaces (APIs) to facilitate the sharing of customer and small business data.

The committee argued a mandated data-sharing regime would give customers greater control over their personal information - such as relying on a third-party service to calculate whether they should move to a different bank - and boost competition.

“At present banks, not consumers, hold the data,” the report stated.

“This gives banks a significant degree of power."

It suggested changes to the ASIC Act and the Privacy Act to enable the reforms.

The committee highlighted similar moves in the UK, where the country's financial regulator has set a 2018 deadline for the country's banks to allow API-based sharing of data for retail and small business customers.

The Australian lower house committee recommended ASIC create a framework that binds the banks to an API-based data sharing regime, outlining the privacy controls surrounding it and penalties for non-compliance.

It objected to CSV-based data exchange, arguing transaction costs would be higher than the use of APIs, and the need to standardise data would slow down exchanges.

The Productivity Commission opted against recommending API-based sharing in its own earlier report due to 'unclear' benefits for customers and "relatively large" expected costs of building APIs.

The parliamentary committee admitted that APIs would "require meaningful upfront investment" but argued they presented the "largest number of benefits in terms of data security, data credibility and accessibility".

In the UK example, banks have spent around £1 million ($1.7 million) each to create open APIs, according to Britain's Open Data Institute.