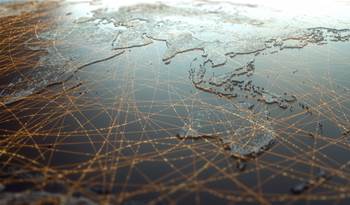 Artificial intelligence, 5G and 6G technology and quantum computing are among nine critical technologies of immediate national interest to Australia under a new government blueprint.

Prime Minister Scott Morrison announced the Blueprint for Critical Technologies on Wednesday to “balance the economy opportunities of critical technology with their national security risks”.

The blueprint [pdf] lays out the government’s plans for protecting and promoting the technology at a time of “intensifying geostatic competition” in the Indo-Pacific, though does not contain any new regulations.

Goals include ensuring the country selects technology providers that “best align with our needs”, reminiscent of the government’s decision to ban Huawei from the 5G network, and protecting intellectual property.

As part of the blueprint, the government has identified 63 technologies across eight categories, many of which have “implications for defence and security”, as being in the national interest.

Morrison said the list “signals to governments, industry and academia the technologies slated as critical for Australia today or those expected to become so within the next decade”.

“Through this signal, we intend to drive consistency in decision-making and focused investment. A mission focus,” he said announcing the blueprint at an Australian Strategic Policy Institute event on Wednesday.

The blueprint and accompanying action plan [pdf] also contains a “shortlist” of nine technology areas of initial focus, which are “most likely to impact on the national interest and which therefore warrant most immediate detailed analysis”.

AI and machine learning, quantum computing, and drones are some of the technologies that make it onto the list, as do cyber security and advanced communications (including 5G and 6G).

The government plans to “apply a rigorous analytical framework” to the nine areas to “determine where policy gaps exist or may emerge”, adding new technologies when gaps emerge.

While the list is not accompanied by any new regulations, it suggests that additional “risk management”, as well as additional development and understanding, may be necessary in future.

“Onshoring and regulation” through the Defence and Strategic Goods List is one of the last-resort policy responses that the blueprint indicates could be required.

“These actions may seek to establish a sovereign capability for a critical technology or to mitigate risks such as unwanted tech transfer,” the blueprint states.

Other actions include “responsive support” through initiatives like the Global Talent Visa program, and “pre-emptive support” such as through the new Quantum Commercialisation Hub.

The hub, announced alongside the blueprint, will received $70 million to foster partnerships with likeminded countries to commercialise quantum research and help business access new markets.

The government has estimated that the development, commercialisation and adoption of quantum technologies could deliver $4 billion in economic value and create 16,000 new jobs by 2040.

Earlier this week, the government released a final set of regulatory principles aimed at helping businesses secure the supply chains of critical technologies.

The set of 10 principles are intended to be used when making decisions about supplies and their products in order to reduce “unforeseen threats” when deploying critical technologies.