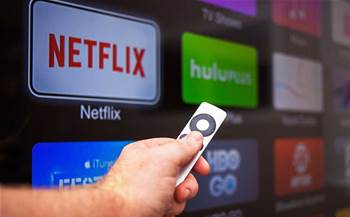 Australia posted its largest jump in data downloads on record in the months following the arrival of streaming service Netflix down under, new Bureau of Statistics data shows.

In figures released yesterday as part of its regular Internet Activity statistics, the ABS reported that in the three months to June 30, Australian fixed-line broadband users downloaded 1.35 million terabytes (or 1.35 exabytes) of data.

It represents an approximately 21 percent jump compared to the three months ended 31 December 2014, and a 40 percent rise on the same time last year.

The spike in downloads in the months following the Netflix launch is the biggest increase recorded by the ABS since it started measuring internet activity in 2010.

The arrival of the streaming service brought with it headaches for the country's telecommunications companies, some which faced capacity issues after failing to anticipate the high demand for the service.

iiNet was taken by surprise by the initial surge in Netflix use, and customer services suffered as a result of the provider not having enough backhaul to cope with the demand.

The ISP has now addressed most of the capacity issues. The Telecommunications Industry Ombudsman in July said it was monitoring the overall situation after receiving complaints about generally slower speeds since the Netflix launch.