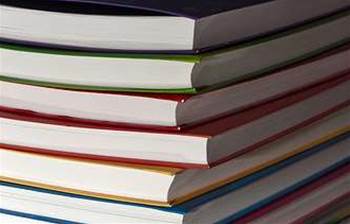 Sides with US in closed-door battle.

Social justice not-for-profit Knowledge Ecology International (KEI), which leaked the texts, said contingents representing the US and Australia were both presenting "very restrictive text" that goes beyond earlier trade and intellectual property treaties such as the Berne Convention and TRIPS.

Australia and the United States are calling for a three-step test for copyright exceptions and liabilities.

The move could put existing US fair use exceptions at risk, according to KEI, while also narrowing flexibilities for related rights and making compulsory licences or liability rules more difficult.

The leaked text shows attempts by US and Australian negotiators that would "confine [copyright] limitations or exceptions to exclusive rights to certain special cases that do not conflict with a normal exploitation of the work, performance, or phonogram, and do not unreasonably prejudice the legitimate interests of the right holder".

The US Trade Representative suggested that if the proposals are adopted, each country acceeding to the treaty would "seek to achieve an appropriate balance in providing limitations or exceptions, including those for the digital environment, giving due consideration to legitimate purposes such as, but no limited to, criticism, comment, news reporting, teaching, scholarship and research".

However, the three-step test could weigh the scales unduly in favour of rights holders.

Contingents for the two countries appear to have continued pushing their proposals despite failed attempts to do so in the past.

At the same time, Australia and the US have opposed proposals by New Zealand, Chile, Malaysia, Brunei and Vietnam that would allow for TPP signatories to introduce copyright limitations and exceptions in accordance with domestic laws and relevant existing international treaties.

The US-led TPP agreement is being negotiated with eight countries in the Pacific and South East Asia, with Canada and Mexico invited to join.

The treaty has faced criticisms for closed-door negotations even though these cover areas of widespread public interest, such as pricing of medicine, intellectual property rights and providing rights to investors to sue governments whose decisions affect investments.

Several leaks of TPP texts have taken place over the last two years, outlining the positions of the negotiating countries.