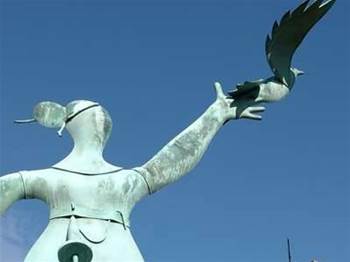 Events will be held in Melbourne, Perth, Mount Gambier, Launceston, Newcastle and Nimbin for Software Freedom Day 2010 on September 18.

Representatives of Red Hat, DrupalMelb and OpenRoad will gather at the State Library Victoria in Melbourne, where ALP Canberra Senator Kate Lundy will speak on the Gov2.0 initiative.

National organisation Linux Australia has also offered support to any team registering for Software Freedom Day in the form of financial grants and "schwag" from past linux.conf.au events.

Funding comes from a total $24,000 pool of grants that Linux Australia makes available to the community.

Linux Australia president John Ferlito said public awareness of FOSS had grown over the years due to consumer adoption of products like OpenOffice, Firefox and Thunderbird.

"I think there's a lot more awareness that it's not just about Linux. The average person gets the concept that [FOSS is] free," he said.

"Open source is really getting in to schools and businesses now. It is a viable option for people, and open source awareness is ever increasing," she said.

"Not often are our basic rights thought of in the context of technology, but as more and more our lives are dependent on technology, it is a rapidly growing concern," she wrote on the global Software Freedom Day website.

"Technologies that matter to our freedom are used in our voting systems, our leisure, our work, education, art and our communication.

"What does this mean to you? It means that the basic human freedoms you take for granted are only as free as the technologies you use."

Globally, Software Freedom Day is organised by a board of nine from the U.S., Philippines, China, Italy, Slovakia, Ecuador, Ghana and Germany.

More than 300 teams from all continents except Antarctica have registered for the event so far.