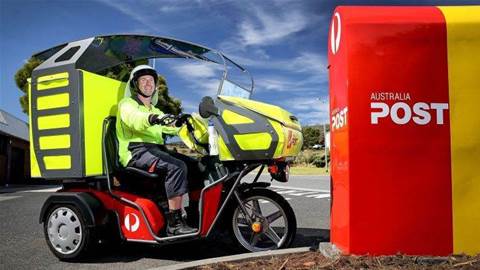 Carbon Black splashes down in AWS Australia to serve letter-deliverer and other clients.

Australia Post has decided the time has come to use the cloud to defend its endpoints.

"This means we can protect our data against international threats before they hit Australia, we’ll have greater visibility across the entire environment and the ability to respond quickly to incidents,” Cox said.

The statement framed the decision as helping Australian Post "make sure we stay one step ahead by using advanced methods of defence.”

Carbon Black has also announced its cloud has come to Australia.

The vendor has splashed down in AWS Australia to offer local customers an on-shore edition of its endpoint protection offerings without worries about latency or data sovereignty.

Carbon Black vice president and managing director for Asia Pacific and Japan Matt Bennett told CRN that Australia Post has been a customer “for some time”, but in the last three months “decided to move away from a legacy model” of security operations.

Carbon Black paints rival security vendors with on-prem roots and on-device software as legacy, advancing its own cloud-borne defences and rapid triage tools as more appropriate at a time it makes sense to trust nothing.

That approach has seen the vendor’s Australian head count double to 15 in the last year.