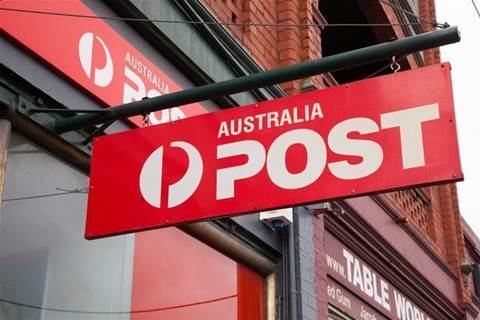 Australia Post has categorically ruled out the use of its extensive CCTV network to monitor the performance of its employees following a row with the powerful Communications Electrical and Plumbing Union (CEPU) over how surveillance systems can be used in the workplace.

The government-owned mail and logistics business, which is facing mounting losses from its letters business because of the decline of paper bills and correspondence, this week confirmed it will continue to limit the use of its camera’s to “security and safety” after being accused by the union of a bid to expand staff monitoring.

The surveillance tussle with the CEPU boiled over earlier this year after the union accused Post of “a disgraceful breach of privacy law” by trying to use cameras in retail outlets “to monitor employees without meeting the requirements of legislation that prevents this”.

The increasing sophistication and quality of surveillance video, especially when coupled with advanced analytics that can identify productivity issues, has become increasingly appealing to employers seeking to optimise workplace performance.

While many private employers routinely seek to write out privacy rights around video surveillance in employment contracts, industrial advocates have become increasingly concerned and vocal about the misuse of surveillance, especially around disciplinary and dismissal matters.

A key concern of unions for years has been that systems must not be allowed to be used to effectively manufacture what is known as ‘constructive dismissal’ when an employer seeks to create grounds to fire staff to avoid paying out termination entitlements.

It is understood some personnel management and security companies now package-up software driven behavioural analysis of CCTV as a way to improve staff performance as an offset to the cost of installation of new systems, the price of which has been falling.

However, the use of surveillance is again in union crosshairs, with the CEPU noting a recent case it represented stemmed from when “an employee was questioned and inappropriately targeted in their workplace as a result of being surveilled.”

“This isn’t the first time this has occurred, but we are hopeful it will be the last,” said CEPU branch organiser Elly Huttly in a bulletin to members.

“All covert surveillance of [Australia Post] employees has now ceased,” the CEPU said in the bulletin.

Australia Post, whose 32,000 employees are heavily industrialised is toeing the privacy line maintained it isn’t about to push the envelope on expanding CCTV use, despite having previously pushed hard to instigate changes to how staff work that escalated into disputes.

“Australia Post does not use CCTV to monitor employees, and any use is only for the security and safety of our staff, customers and integrity of mail at our sites and facilities,” an Australia Post spokesman told iTnews.

“Our HR and Security policies inform staff that CCTV may operate, not to monitor their actions, but to protect their safety as well as that of customers.”

It is understood the latest row flared up over a workplace complaint – subsequently dismissed – with Post maintaining it followed standard legal workplace procedure.

It also confirmed ongoing discussions and feedback from staff had resulted in a push to ensure the workforce was sufficiently notified and informed about surveillance to comply with legislation.