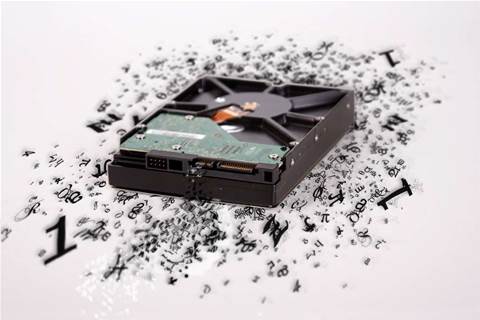 The Global Pulse "innovation laboratory", which aims to increase access to real-time data advising UN policy development, recently released a whitepaper (pdf) which it said was a “critical milestone” to harnessing information related to a country's economic or social state.

“It’s no longer any question of whether or when data science will be applicable to the work of the United Nations. It’s about how,” said Robert Orr, assistant secretary-general to the UN's policy coordination and strategic planning division.

Potential information sources include social media — which can be an early indicator of spikes in unemployment in countries — or public websites, which could be mined for accurate indicators of food commodity prices.

The whitepaper discusses how tweets related to the price of rice in Indonesia mirrored food price inflation statistics.

Orr emphasised that the work represented in the report was just the tip of the iceberg of what is possible.

The first two labs are being established in Jakarta, Indonesia and Kampala, Uganda.

The Jakarta lab is expected to open in September this year, backed by funding from Australia's aid organisation AusAID.

A spokesman confirmed the Government had poured a total of $4 million into the lab over two years, with an expected report on the lab's outcomes by the middle of next year.

The department has committed $510.1 million to aid in Indonesia over 2012-2013 but the total funding for the Pulse Lab there remains unclear.

The spokesman said AusAID was not planning to find further labs though some of the funding already committed "may be used to fund Pulse Labs in other countries".

The paper concedes that privacy concerns remain a stumbling block in implementing some elements, like the Pulse Labs.

“Because privacy is a pillar of democracy, we must remain alert to the possibility that it might be compromised by the rise of new technologies, and put in place all necessary safeguards,” the paper states.

It also concedes a lack of clarity around whether bloggers and Twitter users actually consent to their data being analysed, despite such information being public.

“These concerns must nurture and shape on-going debates around data privacy in the digital age in a constructive manner in order to devise strong principles and strict rules — backed by adequate tools and systems — to ensure privacy-preserving analysis," it adds.

Companies in control of such data had already been reluctant to release it for analysis, according to the whitepaper, even when anonymised for privacy purposes.

The lab argued that companies should adopt “data philanthropy”, whereby “corporations [would] take the initiative strip out all personal information from their data sets and provide this data to social innovators to mine the data for insights, patterns and trends in realtime or near-realtime".

However the paper seems skate over concerns that such data can be misused by some countries that have fewer privacy protections and poor civil rights records.

But the paper concludes the “responsible use” and sharing of big data, backed by “a new institutional architecture” and new types of partnerships, can lead to important advances in developing and tracking policies especially for under-developed countries.