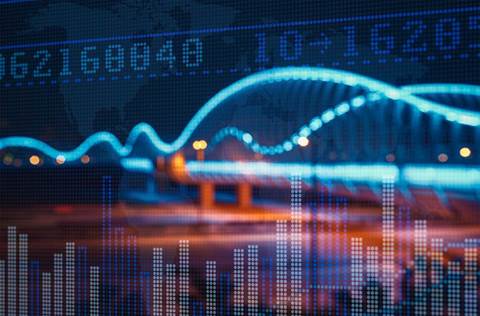 The strategy, dubbed Australia’s tech future [pdf], has been developed over the last 15 months in collaboration with businesses, academia and the community to help develop digital skills and deliver better services.

It replaces the existing digital economy strategy, which was last revised in May 2016 after first being released by the then Department of Communications in May 2011.

Minister for Industry, Science and Technology Karen Andrews said the strategy – which was originally slated for release in first half of this year – identifies where Australia’s efforts should be focused in the years ahead to amplify the digital economy.

“We need to maximise opportunities from digital technology across Australia and this report identifies key areas to focus on,” she said announcing the strategy on Wednesday.

Those four areas are: people, services, digital assets and the enabling environment, each of which is accompanied by opportunities and areas for further improvement.

Andrews said the government considers people “first and foremost” to the plan, and integral for improving productivity, sustainability, and adopting new technologies.

But the strategy points to the need to improve labour market information as the demand for skills transforms, and better identify the skills needed for the future job market.

There is similarly a need for businesses, particularly small businesses, to upgrade underpinning technology, including upgrading to modern cloud-based business solutions and embracing emerging technologies such as AI, blockchain and IoT as they evolve.

However, with emerging technologies and the inevitable automation they bring, the government said there was a need to provide support to a number of different industries to soften the blow.

“Governments and industry need to provide support for workers needing to up‑skill, re‑skill or transition into new areas of employment, whether this be early in their career or when the person is closer to retirement,” the strategy states, adding that a “culture of lifelong learning” is necessary to ensure skills remain up-to-date.

Equitable access to technology is also seen as an important focus, including ensuring digital services remain affordable for consumers and increasing rural and remote participation through the ongoing rollout of the NBN.

The strategy acknowledges the need to ensure digital government services offers similar or the same experience as as private sector offerings, despite the “significant progress to transformation government services and ICT infrastructure” that has already been made.

Improving trust around the government’s “extensive data holdings about citizens and businesses” is also considered important, but this is up against the need to increasingly treat data as an asset and, where appropriate, make it more accessible.

Ensuring Australia’s digital infrastructure such as 5G remains secure by “promoting security‑by‑design where technologies are designed from the ground up to be secure, rather than as a future consideration” similarly gets a mention in the strategy.

Designing fit-for-purpose approaches to regulation that is in tune with innovative digital practices such as automated vehicles is identified as another focus.

“Legislation needs to be tailored to innovative digital practices, including through technology-neutral and principles-based approaches,” the strategy states.

The government said it will continue to work with key stakeholders to implement the strategy, while tracking progress against the strategy's objectives, though it did not say how this would be done.

Minister Andrews said embracing digital technology would help Australia to “continue our strong record of 27 years of uninterrupted economic growth, improve our quality of life and ensure benefit to all Australians.”

“We are already well on the way - Australian businesses are improving productivity by adopting and adapting new technologies, such as autonomous systems, robotics and remote sensors,” she said.