Aussies paid to secure US drones 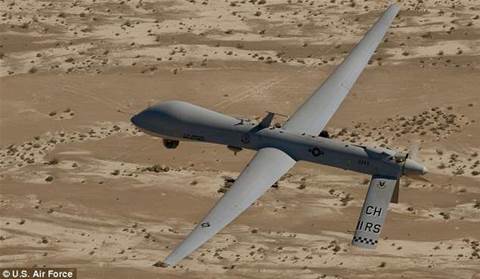 A team of Australian scientists is set to work with the United States in developing systems preventing the  hacking of drone aircraft.

The work has been commissioned by the US Defense Advanced Research Projects Agency (DARPA) under a four-year $17.35 million secured by government research outfit National ICT Australia (NICTA).

Much of the work will be released as open source to help secure other critical systems such as aircraft, vehicles and medical devices, NICTA told SC.

The security systems will be subject to red team penetration tests in which researchers expect to use knowledge of the drone systems to attack them using any available means.

Formal verification ensures a system functions only according to its specifications and has been used in military equipment and nuclear power plants.

The NICTA researchers will form part of an international team including Boeing, defence firms Gaolis and Rockwell Colins and the University of Minnesota, but will continue working from Australia.

"Now we will have the opportunity to greatly extend the scale, aiming to ensure the safety of a complete, real-world system, something considered impossible only a few years ago," NICTA software systems research group lead Professor Gernot Heiser said.

“NICTA’s selection for this project reflects our status as world leaders in the verification of operating systems."