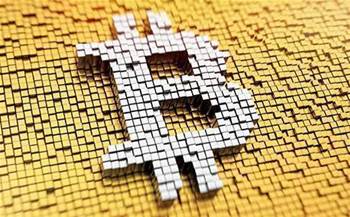 Australians lost at least $2.1 million to cryptocurrency-based scams last year such as by paying ransoms in virtual coins or being lured to invest in fake initial coin offerings.

The number is an upgrade on previously released figures, though the loss numbers may be inflated by the peak in value of cryptocurrencies in December last year.

Back in February, it was revealed that Aussies lost almost $1.3 million to Bitcoin and Ethereum-related scams in 2017.

But there was ambiguity at the time over the extent to which these losses were due to ransoms demanded by attackers as part of ransomware campaigns.

The Australian Competition and Consumer Commission (ACCC) said at the time that some losses were recorded against “other” buying and selling scams, without elaborating.

A formal data release today shows that some of the reported losses came from fake coins and purchases made through brokerages rather than directly through an exchange.

“Examples of cryptocurrency scams in 2017 include fake ‘initial coin offerings’ which, like initial stock offerings, purport to be the launch of a new cryptocurrency,” the ACCC said in an annual scam report released today. [pdf]

“Others capitalised on the general confusion about how cryptocurrency works and instead of people discovering how to directly buy cryptocurrencies, many found themselves caught up in what were essentially pyramid schemes.

“A number of reports showed that victims entered into cryptocurrency-based scams through friends and family who convinced them they were onto a good thing, a classic element of pyramid schemes.”

The $2.1 million in total losses was likely to be conservative, the ACCC said, not least because some people who are scammed are simply too embarrassed to report it.

Financial regulators have taken a keen interest in the initial coin offering (ICO) space this year.

The Australian Securities and Investment Commission (ASIC) said recently it would update its guidance for companies considering raising funds by issuing digital coins or tokens.

ICOs have fast become a favoured method to raise money compared to alternative routes such as venture capital.

ASIC noted there was a "certain level of opportunism” in the ICO space “because it is seen as an easy, low regulation, low cost option [to raise funds] which could lead to immature businesses coming to market".

In the United States, its equivalent regulator SEC last week set up a fake ICO of its own in a bid to tip off cryptocurrency investors to the warning signs of a potentially bad investment.

Still, the $2.1 million figure is likely to have been somewhat inflated by the booming value of cryptocurrencies at the end of last year.

“As the value of actual cryptocurrencies increased, so too did the scam losses in what people thought were real investments,” the ACCC said.

“Between January and September 2017, about $100,000 was reported lost per month to scams which had a cryptocurrency angle.