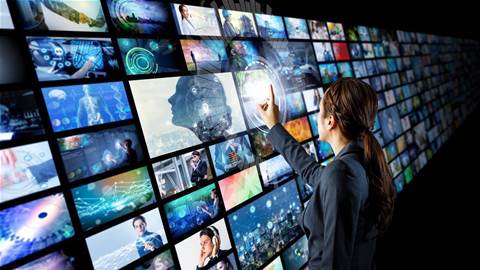 There are some co-incidences you just can't plan for. Like the case of a company that could ride a looming wave of demand for fast video data identification and management and the timing of tub thumping ministerial 'big tech' regulation announcements.

So it was on Thursday, when Melbourne-based video virtualisation software vendor Linius Technologies put itself into a trading halt on the Australian Securities Exchange ahead of a significant capital raising initiative.

To be completely clear, the timing and purpose of the market tap is enitrely independent and unrelated to the new video crackdown that aims to regulate social media, internet providers, hosting and content services following the wake of the Christchurch terror attack.

It is, literally, a coincidence.

But there's no doubt Linuis' expanding services will now be getting a few more speculative tyre-kickers than usual considering new legislation passed on Thursday imposes criminal charges on content hosts and providers who don’t identify and remove “abhorrent” material.

Linius’ core offer is a cloud-based Video Virtualisation Engine marketed to a range of sectors including security, defence, news and media, and sports to access data within video files to more easily manage content.

Now that most other data and file types can be virtualised and put in the cloud, the company is specialising in lifting old school video formats.

In the security sphere, the Linius says its platform can combine video surveillance streams from disparate sources to create a seamless singular video, through which suspects or criminal actors can be targetted and indexed for real-time tracking.

According to the scale-up play, the patented Virtualisation Engine does this by treating videos as data rather than as a static video file, separating the “ones and zeroes that make up the codec” into files that can be manipulated, controlled and combined as a virtual file.

It also opens up the data within the video for indexation and analysis by artificial intelligences, which could prove useful for large platforms like YouTube and Facebook in spotting troublesome - or abhorrent - videos and reposts of the footage that does get taken down.

All of this could be very good news for the ASX small-cap, which touted its admission to Microsoft’s global Co-Sell Program on Wednesday.

That partner deal builds on an existing strategic partnership wit IBM that ropes in Watson.

Linius also recently completed a trial with entertainment heavyweight Warner Bros to test the streaming of the company’s movies over a video-on-demand platform.

The streaming trial focused on content protection through distribution to end users in the Australian market, which has seen protracted legal challenges from production houses and distributors like Village Roadshow (a distributor of Warner Bros in Australia) looking to curb piracy.

“The testing criteria included a large range of quantitative data (machine collected performance data), such as video load times and buffering, and qualitative data based on perceptions of the quality of the experience,” Linius said.

“The trial verified that high and standard definition movies will stream virtually on demand and met standard industry quality metrics.”

Linius' trading halt will lift on Monday, or when the company releases more detail of its latest capital raising initiative.

Where it lands will be illuminating to watch, if only as an indicator of how the market views that latest tranche of controversial laws on the nose with most of the tech sector.