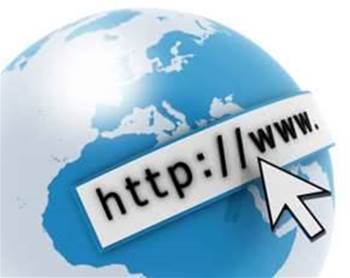 IPv6 is increasing steadily around the world but some Australian carriers are still struggling with the transition to the new internet addressing system.

Paul Wilson, director of the Asia-Pacific's internet protocol addressing authority APNIC, said IPv6 capability has grown globally from one percent at the beginning of 2013 to 4.75 percent as of November 23, and was on track to hit 10 percent some time in 2015.

He acknowledged that the acceleration was in part due to the construction of the Google Fibre network, which has helped pushed the US IPv6 capability above 10 percent.

However, he said the global increase had been enough to mute critics predicting the transition would fail.

“That kind of makes it less interesting than it was before because we had many years of almost no growth, so I think it’s a positive thing,” Wilson said.

The IPv6 transition is critical to the internet’s future success, as the network gets closer to running out of the four billion unique IP addresses available under the current IPv4 naming system.

The Asia-Pacific region ran out of addresses in 2012, Europe’s registry exhausted its last batches last year, and the US is expected to run out early next year.

IPv6 capability across Australia’s internet infrastructure averages about 1 percent on average, according to Google’s latest rankings.

Singtel Optus’ IPv6 capability was currently 0.27 percent, according to the same ranking. TPG and iiNet’s networks, Australia’s next largest ISPs, appear to have no IPv6 capability - nor do those operated by M2 Telecommunications, AAPT, Vodafone Australia and NextGen Networks.

"Australia is behind other developed countries in the process of IPv6 transition; we are simply not deploying at the same rate," Wilson said.

"I guess that this is due to a mature and stable internet environment in this country, and a relatively large distribution of IPv4 addresses by world standards.

He said many ISPs were, however, making plans and preparing to launch IPV6 services.

"I do hope that these plans become evident soon, because Australia cannot survive on IPv4 alone, particularly with deployment of more mobile phones and Internet-connected devices and appliances," he said.

"Without IPv6, the Australian internet will be less efficient, it will be slower and less reliable, and more expensive - and that would be bad for the country.”

“For a number of reasons, including the proliferation of wi-fi routers in Australia, the need for IPV6 implementation in this country is not immediately operationally pressing," Stanton told iTnews.

"Therefore the implementation is happening steadily and in line with the requirements of individual service providers and their customers.”