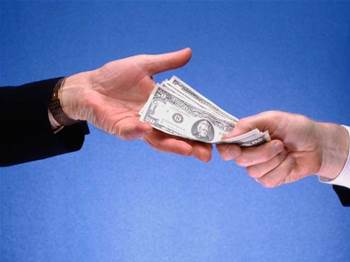 An Australian man has lost $1.8 million in a Nigerian email scam, according to reports.

Dutch police have arrested six men in connection with extorting money from the 49-year-old after offering, via email, a business contract worth US$90 million. Five of the men arrested are said to come from West Africa, with two of them originating from Nigeria, where many similar scams have occurred.

The email con, known as a 419 scam, is named after the relevant section of the Nigerian penal code where many of the stings originated and are unsolicited emails where the author offers a large amount of money.

Once a victim has been drawn in, requests are made from the fraudster for private information which may lead to requests for money, stolen identities, and financial theft.

"Police in The Netherlands have been particularly active in tracking down the perpetrators of 419 scams, and there have been a number of arrests in the last year or so," said Graham Cluley, senior technology consultant for Sophos.

"What may stagger the average man in the street is just how much money can be made by the criminal gangs behind these international cons. The sad fact is that there are people who fall too easily for these scams, and many would probably never report their mistake to the authorities," he added.


Earlier this year Sophos reported how a former US treasurer of Alcona County, Michigan, had been arrested after allegedly investing more than US$1.2 million of county funds in Nigerian fraud scams.