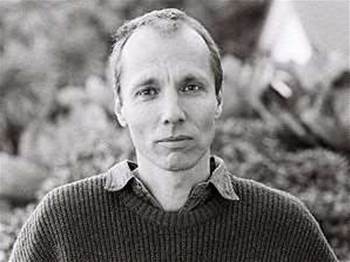 A Sydney-based data indexing company has provided software to a global project that aims to expose how the wealthy and powerful of the world hide their money in offshore havens.

The International Consortium of Investigative Journalists is analysing hundreds of gigabytes of leaked data and this week began naming and shaming the rich and powerful, one by one.

Former Sydney Morning Herald and The Age journalist and current ICIJ director Gerald Ryle obtained the data as part of his investigation into the Australian Firepower fraud scandal, and has since recruited a team of 86 volunteer journalists from 46 countries to analyse it.

The leaked data - some 260 gigabytes in size - is comprised of four large databases with half a million separate files. The ICIJ team could not simply sift through it manually, and has thus had to rely on free-text retrieval software from provided free of charge from Australia's NUIX and US-based dtSearch.

The chief executive of Nuix, Eddie Sheehy, told iTnews that he was "ecstatic" that the ICIJ team had discovered so much in the data, and was happy his company was able to help out.

Sheehy was philosophical when asked whether the ICIJ project would hamper the company's efforts to win future business from financial management firms.

"We have a large social conscience as a company, having started out working with law enforcement and regulatory organisations," he said.

ICIJ used the Nuix eDiscovery system to churn through the 260GB of unstructured data and index it, according to Sheehy. The software is Java-based and runs on "anything Microsoft", ranging from laptops to desktop workstations and servers.

Although 260GB is a large data set to process, Sheehy says a powerful quad-core desktop could go through it in six to seven hours. The largest project Nuix has worked on to date involves 300 terabyte of data with 3.1 billion emails and 900 million Word documents.

"The limiting factor isn't storage, even though the index eDiscovery builds is between twenty to forty percent of the original file," Sheehy said.

The speed of the I/O and amount of RAM tend to be the limiting factors, he said.

The eDiscovery software can break some weaker encryption in older file types. For newer ones, decryption ahead of indexing is required.

Nuix is headquartered in Sydney, and the harbour city hosts most of the company's development work. Two development offices have been set up in the United States too, but these focus on user interfaces, Sheehy said.
Nuix counts several Australian government departments and agencies from foreign governments as its customers. Its products are also used by several domestic police services, the US departments of Justice and Homeland Security and several large financial management and accounting firms.
Human brain still required
Plenty of manual work was required before the data could be analysed by software.

All in all, ICIJ has nearly thirty years' worth of data. The 2.5 million files included emails and confidential records from ten tax havens around the world with information on 120,00 offshore trusts and shell corporations to go through.

Wellington-based journalist Nicky Hager, who was invited by Ryle to work on the project about a year ago, said he and a New Zealand team spent months on manually structuring the data.

"This wasn't like the Wikileaks State Department cables, which are nicely ordered," Hager told iTnews.

"There is nothing obvious that stands out in the pile of information," Hager said.

Hager was assigned to go through the information from one of the two companies in the data leak and in turn sorted it country-by-country. Hager then associated names of people and organisations with over 170 nations.

The combined information was then verified by people on the ground who checked that the addresses and other details were correct, Hager said.

That work took hundreds of hours. Hager and the other journalists found that the fastest way of doing it was by "using the human brain".  Only around a dozen documents needed to be decrypted.

The NUIX software was useful for finding information that is encapsulated in file formats such as Outlook PSTs (for emails) and PDF documents, Hager said.

NUIX also provided training in the United States for Hager and the other journalists on how to use the software.

British journalist Duncan Campbell has written that ICIJ set up a message centre in Europe for the project, along with secure online search system in the US as well as private bulletin boards to collaborate and share stories and tips.

The full analysis will be published by ICIJ and its media partners over the coming days. Some of the key findings show that government officials in countries such as Russia, Canada, Pakistan and Thailand use covert companies and bank accounts along with the world's mega rich to hide assets so as to gain tax advantages unavailable to normal people.

ICIJ also found that banks such as UBS, Clariden and Deutsche Bank "have aggressively worked to provide their customers with secrecy-cloaked companies in the British Virgin Islands" and other offshore tax havens.

Fraudsters also use offshore havens to hide profits from scams. Already, the ICIJ reports that the Philippine government will look into offshore trusts controlled by the daughter of the late dictator Ferdinand Marcos, province governor Maria Imelda Marcos Manotoc.

The amount of money hidden in offshore havens could be the size of the United States and Japanese economies combined, with a study estimating that between U$21 to U$32 trillion have been stashed away quietly.

The International Consortium of Investigative Journalists is Washington-based organisation with over 160 reporters as members in sixty countries. It was founded in 1997 by the Centre for Public Integrity with the focus on global watchdog journalism.