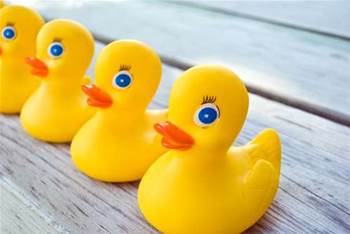 Two internet scammers from NSW have had a series of "quack" medical websites shut down in a cooperative effort by U.S. and local authorities.

The Australian Competition and Consumer Commission said it had obtained final orders in the Federal Court against two individuals, Leanne Rita Vassallo and Aaron David Smith of Cecil Hills "for false, misleading and deceptive conduct in relation to a health cure scam".

More than 60,000 books were sold internationally, netting the scammers over US$1 million ($1.2 million), according to evidence provided to the Court.

"The ACCC's expert evidence was to the effect that the treatments would not have any therapeutic benefits for, or medical efficacy in the treatment of the health conditions," the commission said.

The scam was brought to the ACCC's attention by the Washington State Attorney General's Department.

An investigation was carried out by the ACCC, Washington and the NSW Police.

"[Washington investigators] have also filed their own proceedings against Ms Vassallo and Mr Smith in the King County Court, Washington State," the ACCC said.

The ACCC had already obtained interlocutory injunctions against the scammers already that required them to take down the websites.

At the final hearing on August 20, Justice Graham, in an ex tempore [at the time] judgment, found the pair had engaged in false, misleading and deceptive conduct.

"This is a warning to all internet scammers," ACCC chairman Graeme Samuel said.

"It is becoming more and more common for agencies such as the ACCC to work with international agencies to bring about the demise of international scams like this".