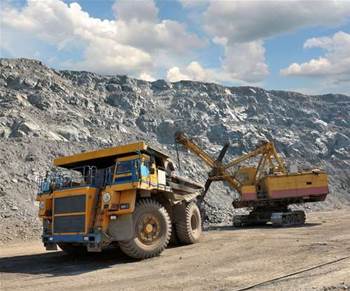 An Australian mining firm is one of four vying to be selected to trial technology co-developed by SAP and Cisco.

Details of the Cisco-SAP collaboration project were revealed in a presentation at SAP's Mining & Metals Forum in Germany earlier this month (pdf).

The unnamed Australian miner joins firms from Peru, Zimbabwe and India, which put their hand up at the forum to become the SAP-Cisco proof-of-concept (PoC) site.

"We are looking for mining companies who would be willing to participate with us in a PoC," he said.

"There was interest from a couple of mining companies globally and we are in the process of shortlisting and proposing to them so we can start working on the detailed solution layout, architecture, and the PoC designs."

The vendor collaboration is targeting three initial use cases for a combined Cisco-SAP environment, including miners putting in remote operations centres (ROCs).

It was envisioned that Cisco would supply router, switch, digital media system and unified computing system infrastructure, while SAP would contribute back-office, middleware and mobility software.

A key piece of software SAP hopes to drive adoption for is its Manufacturing Integration & Intelligence (MII) product, which it is positioning as a way to bridge IT and operational technology (plant) systems.

Other targeted use cases include video equipment inspection — using mobile systems in mine equipment maintenance — and mine safety systems.

All potential use cases would be proposed to the mining companies. "We'll see what they'd like to take up," Chaturvedi said.

Chaturvedi believed it likely that the vendor alliance would likely need to engage a systems integrator to also work on the successful PoC site.

He expected a decision to be made and for PoC kick-off by the end of the year, allowing time for the successful miner to gain internal approvals, and for the vendors to mobilise a project team.

"I hope by the end of the year we should be able to at least kick off the project," he said.