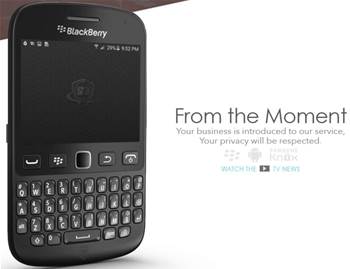 The Australian Federal Police today said joint efforts with US, Canadian, and Australian state police and federal agencies had resulted in the indictment of five men in the US.

The men are allegedly connected to Canadian firm Phantom Secure, which police claim designed encrypted communications devices specifically for underworld figures to allow them to avoid detection by law enforcement.

Police claim the men removed the camera, microphone, GPS navigation and other features from BlackBerry devices and installed PGP-encrypted email and VPN software.

The company's CEO, Vincent Ramos, is among those charged. He has been indicted for alleged racketeering activity involving gambling, money laundering and drug trafficking.

Police say the men "knowingly participated in a criminal enterprise that facilitated the transnational importation and distribution of narcotics through the sale and service of encrypted communications".

The AFP said Phantom Secure's infrastructure and encrypted platform - and the "thousands" of devices that had been sold - had been dismantled.

The force claims Phantom Secure was the first encrypted communication platform available on a wholesale scale in Australia, and the largest single supplier to the Australian organised crime market.

More than 10,000 devices were sold and used in Australia, the AFP claims. It said Australia was Phantom Secure's largest customer base.

“The action taken in the US directly impacts the upper echelons of organised crime here in Australia and their associates offshore," the AFP's assistant commissioner for organised crime Neil Gaughan said in a statement.

"Using this equipment, criminals have been able to confidently communicate securely and control and direct illicit activity like drug importations, money laundering and associated serious, often violent criminal offending, yet have remained removed from these criminal acts."

The AFP said it was working with its international counterparts to crackdown on other similar platforms.