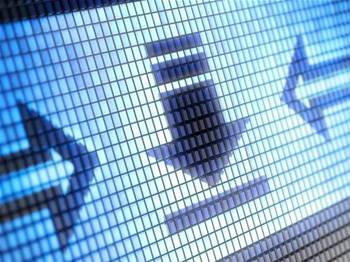 Australian broadband users downloaded a whopping 1.7 million terabytes (1.7 exabytes) of data in the last three months of 2015, an increase by half on the end of 2014.

The boom in downloads was coupled with a doubling of fibre connections to 645,000 over the 2015 year, according to the Bureau of Statistics' latest report on the nation's internet activity.

The report showed that the volume of data downloaded by fixed-line broadband users continued to boom following the local launch of Netflix and rival streaming services, growing over 23 percent at the end of December compared to mid-year.

Following Netflix's local launch in March last year, the ABS in June reported a 40 percent rise in downloads compared to the same period in 2014.

The statistics body today revealed downloads continued to grow, up 50 percent in the last three months of 2015 on the same period in 2014.

Of the 1.71 million TB downloaded, 1.67 million came from fixed-line broadband connections, with the remainder from wireless.

Data downloaded via mobile connections - calculated separately to broadband - also experienced a significant increase, up 27 percent for the three-month period to 90,693 TB.

This equates to 1.4 GB of data downloaded per user per month given the nation's 21.3 million mobile subscribers, the ABS said.

Australian broadband users are also increasingly demanding higher speeds from their connections, the figures showed, with those using speeds of 8 Mbps or higher growing almost 17 percent to 10.6 million users over the 2015 year.

Previously, the ABS speed statistics included an 8 Mbps to 24 Mbps category, and a 24 Mbps + category.

A spokesperson for the statistics body said it had been forced into the single 8 Mbps + category following difficulties in getting quality data from internet service providers for the higher speed tiers.

She said the ABS was currently working with ISPs to improve the data quality and access and expected to be able to report in more detail on higher speed tiers in the near future.

NBN - whose rollout is likely to be behind some of the growth in fibre connections - reported experiencing a growth in average total data usage per end user from 75 GB last February to 128 GB.

The ABS figures add fuel to the fire over the CVC charges NBN levies on RSPs to access bandwidth on the network.

Debate has raged this week over whether proposed changes - which shift the much-criticised $17.50 charge per Mbps per month to a model that scales prices down as volume grows - are sufficient to handle expected continued growth in data usage.