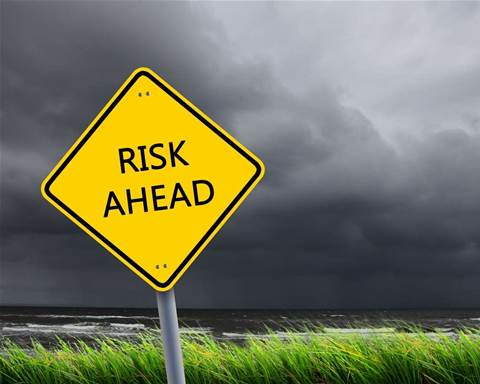 Two Lateral Economics reports, released this week, urged the Federal Government to adopt a more flexible regime that would encourage, rather than inhibit, innovation in technologies or applications that relied on or facilitated copyrighted material.

The reports, commissioned by the Australian Digital Alliance (ADA), argued that allowing for more exceptions for those industries reliant on copyright limitations, such as key internet bodies, would boost Australia's economy by up to $593 million per year.

One report, Excepting the Future, claimed that a more flexible regime would also reduce the risk associated with investing in Australian infrastructure, such as data centres and internet caching nodes.

The regime would remove some risks of litigation over copyright violation — an estimated $10 million annually — while lowering the $2 billion risk premium the reports suggested had been placed by angel investors on Australia when compared to the US or Europe.

Though key cloud service providers such as Amazon, Google and Akamai have been eyeing off increased investment locally, report co-author and ADA patron Dr Gruen said the extent of those investments was in some way inhibited by the current regime.

"There is no data centre I could say 'here is a potential data centre, change this law and it will go ahead'," he told iTnews.

"But I do know that Singapore is targeting data centres, Australia would like to have some data centres.

"There are investors considering building data centres in Australia and one of the things that they know about demand and supply and all the rest of it, they know that if they stick the data centre in Singapore, they will get a flexible exception.

"They won't be faced with a regime which says that everything you do is illegal unless Parliament has signed off on it."

He said offering more flexible copyright exemptions would remove a "non-trivial obstacle" to investment in such infrastructure locally.

Dr Gruen acknowledged the report's release this week was timed to influence an inquiry into existing copyright legislation by the Australian Law Reform Commission, which is due to report on the issue by November next year.

The reports also called for the Government to extend the safe harbour regime, which protects carriage service providers from litigation for copyright infringements that take place through their systems and networks that they do not control, initiate or direct.

Safe harbour is not included in the commission's inquiry under its terms of reference. Instead, it has come under the scrutiny of a second, separate inquiry announced by the Attorney-General's Department in October last year.

The review has since stalled, despite receiving an unknown number of submissions from industry. The department refused to provide iTnews last month with a time frame on when it would be completed.

Gruen and co-author Jonathan Houghton said a wider safe harbour was needed to encourage internet intermediaries — particularly caching and cloud service providers — to increase investment locally without fear of becoming entangled in litigation or being withheld from releasing certain services.

"There is substantially more risk to such services in Australia than in the US and in comparable countries like Singapore."

Dr Gruen said Australia's copyright system continued to lag behind technological innovation, failing to allow for exceptions for things such as MP3 encoding or more recently, Optus' TV Now service, which faced another setback in the High Court last week.

"My personal view is that when you have a case as strong as this, it maybe ought to move as soon as possible but that is obviously contrary to the process the Government has set up and I obviously respect that as well," he said.

The combination of a wider safe harbour for key internet bodies, as well as more flexible copyright exceptions, could theoretically add $593 million per year to the Australian economy, report authors claimed.

The reports suggested a more malleable copyright regime in Australia would increase the internet's 'use value' — estimated at approximately $60 billion per year based on combined use of search portals, social networks, goods and services sites and efficiencies to the economy — by at least one percent.

Companies deemed to be reliant on copyright limitations and exceptions — such as manufacturing, ICT, research and retail — would benefit from a $227 million increase in income annually, as well as a $138 million increase in aggregate industry value.

"[Apple], the most wealthy company in the world, its entire growth strategy over the last ten years would have been very seriously impaired if it had been operated under Australia's copyright regime," Dr Gruen said.

"It has used the American flexible exceptions regime to do new things and, by definition, Australia's regime says you can't do anything unless you've been explicitly permitted to do it by Parliament in the Copyright Act.

"Of course at the rate that Parliament innovates, we need to establish a practice for maybe a decade or so before the Parliamentarians get around to legalise what everyone is doing."