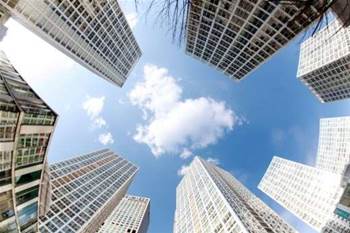 Medium-sized prize - but can it last?

Medium-sized Australian businesses raised their investment in hardware and software over the past year, but the cash is expected to dry up fast, according to the latest Sensis e-business report (pdf).

About 345 businesses with between 20 and 200 employees took part in Sensis' latest survey. The lion's share - some 87 percent - had 100 employees or less.

The survey revealed average actual dollar spending on hardware, software and systems maintenance. It also asked businesses to predict their spend for the coming year - providing a useful point-in-time comparison for spending sentiment.

Medium-sized businesses had access to far better IT budgets for hardware and software in 2011 than they had factored in.

However, businesses did not appear to expect the money to last, with Sensis reporting that medium-sized businesses expected to spend $40,900 on hardware and another $40,900 on software in 2012.

If the figures are accurate, they represent more pain for hardware vendors and a sharp turnaround in fortunes for software makers.

Spending in hardware and software peaked in the 2009 calendar year, according to an iTnews' analysis of previous Sensis surveys.

The cycle suggests that 2012 should experience a decline, and indeed that is expected. As with hardware, if the expectations are correct, this year's average software spend will come in at just above 2008 levels.

Medium-sized businesses have shown a tendency to cut spending on maintenance and support for IT systems.

When spending on hardware and software ballooned in 2009, maintenance costs came in at $92,400 on average. (It appears 2009 was the first time the Sensis survey tracked maintenance spend).

Since that time, maintenance spending has been in a steady decline, ahead even of business expectations.

How was 2011 for your business? Did IT budgets go up or down?