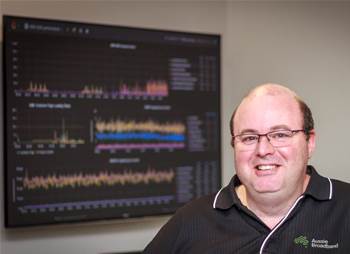 "Put all the naysayers to bed once and for all".

Aussie Broadband managing director Phillip Britt is rallying internet providers to get behind NBN Co and its team as they put in “insane hours” and alter work practices “to keep everything running” for internet users.

Britt took to social media on Sunday to lend public support to NBN Co, arguing the company is handling the challenges of COVID-19 “way better than any other business I have seen at their scale.”

“Like many with offshore processing elements, they have been hit by country shutdowns but recovered within a couple of days whilst others are still working out ‘where to next’,” Britt said.

“I believe they have achieved this through good automation and having modern systems which can be accessed in different ways (think web-based as opposed to legacy application platforms).

“They also have a leadership team which fully understands the processes involved in each of the elements and can mobilise their team quickly to make changes.

“This is NBN Co's moment to shine and put all the naysayers to bed once and for all.”

Britt said he had started to actively shoot down NBN bashers on social media “with fact-based information”, and he urged others in the industry to do the same.

“The NBN is performing extremely well for the vast majority of Australians from both a technical level and from an activations and assurance perspective,” he said.

“Over the next few weeks, it's going to get harder again, and as an industry [we] need to stand behind the team at NBN Co and show them that we are all in this together.

“We need to collaborate on the changes needed to protect the field workers so that they are safe and can keep working. We need to encourage new ways of working for contactless assurance work. We need to keep everything running - activations, assurance, the works.

“Because right now, Australia needs connectivity more than ever.”

Britt said that like most others in industry, NBN Co “are working insane hours” to keep regular processes running despite ever-tightening restrictions on movement and physical gatherings.

“They are well prepared,” he said.

“Let's show them they have our support because this is going to be a marathon, not a sprint! We all need to look out for each other.”

Publicly, NBN Co has offered internet providers up to 40 percent extra bandwidth for the next few months to keep services performing.

It has also given satellite users extra blocks of data to ease constraints on use when more people are at home.