Aussie Broadband may have to cut some NBN users loose 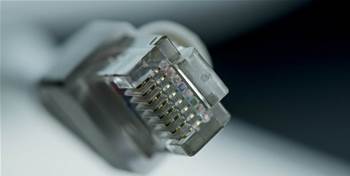 Aussie Broadband will have to cut loose any customers that can’t afford to shift to NBN’s new price model, encouraging them instead to churn away to a handful of other providers.

Managing director Phil Britt told an NBN joint parliamentary committee hearing in Melbourne that Aussie Broadband did not have the scale to support customers with plans on two different NBN price models.

As iTnews has reported over the past month, RSPs are being forced to make hard decisions on how to service their NBN customer bases.

While they are technically able to service customers using both NBN Co’s old and new price models, this is expensive - requiring two sets of connectivity virtual circuit (CVC) interconnects per NBN point of interconnect - and creates two classes of user, based on their ability to pay for performance.

As a result, many RSPs say they will continue to run a single CVC into each PoI, which will now be used to carry only customers that have shifted to retail plans underpinned by NBN Co’s new pricing.

The new pricing comes with a much higher basic wholesale rate of $45 a month, and this is already driving up the cost of NBN services.

“For us, it’s essentially one or the other.

“Someone like Telstra absolutely could deliver multiple CVCs [per PoI] and would be doing that today, but we don’t have the scale to run [two price constructs].

“The new price bundles are more attractive to the majority of our users so we have to go where the majority is.”

Britt believed that some players would remain to service users that couldn’t afford to shift over to the new NBN pricing.

“The market as a whole should be able to cater for those lower users,” he said, adding that he would have to tell some Aussie Broadband customers in this category that they were “probably better off” churning to another provider.

Where such customers will be able to go is still an unknown quantity.

Telstra and TPG appear to be the two largest RSPs to still offer plans on the old NBN pricing model.

Other choices could be the Vocus Group RSPs like Dodo, but they have not yet outlined what their strategy will be for dealing with the two price models, and therefore there is some uncertainty around how they will deal with existing basic internet users, let alone new sign-ups squeezed out of other providers.

The ACCC told the same joint committee today that it does not plan to intervene in the unfolding situation because it believes internet users won’t face limited choices under the NBN price changes.

“There is a real issue to look at but it’s not one to jump to a conclusion at the moment,” industry structure and compliance branch general manager Sean Riordan said.

“The important thing is that the [existing] 12/1 pricing hasn’t been withdrawn - it’s still there on the table for RSPs that do want to utilise it, and so they can continue to keep customers at that level of the market,” Riordan said.

“We don’t believe [the new pricing] will have an immediate impact on affordability.

“It’s not as though people have to go and pay $45 [wholesale] a service which would be the case if the [existing] 12/1 Mbps [tier] had been withdrawn and the new pricing was the only option.”

Riordan said that the ACCC planned to keep an eye “on how this progresses … seeing whether there will be new products or pricing going to be introduced into the market [at a retail level] to support” more basic internet customers.

Update, 6 June 6.45pm: Aussie Broadband said via Whirlpool that they will consider running the two price models side-by-side, tempering its statements to the committee.

"We may make a decision to support existing customers on that product set even if it's at a loss. Or in a worst case scenario, we would give our 12/1 customers plenty of warning and do our best to help them migrate to another provider if they wanted to."