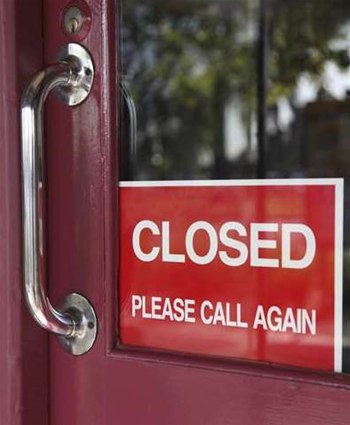 Too risky to be a customer?

Australian banks are closing their doors to Bitcoin traders over concerns that providing services to the digital currency industry could put them on the wrong side of anti-money laundering legislation.

A senate inquiry into digital currencies yesterday heard evidence from the Australian Securities and Investments Commission (ASIC) and the Australian Competition and Consumer Commission (ACCC) that banks are dumping Bitcoin-associated customers over a lack of transparency in transactions of the crypto-currency.

Under anti-money laundering legislation and ‘know your customer’ (KYC) obligations, Australian financial institutions are required to verify a customer’s identity and monitor their transactions to keep tabs on any suspicious activity.

In its written submission to the inquiry, ASIC reported it was “aware of a number of banks taking steps to cease dealing with Bitcoin related businesses due to concerns that digital currency providers pose an unacceptable level of risk to the banks’ business and reputation”.

ASIC’s deposits and insurance executive Michael Saadat told the committee he didn’t have any firm data on the rate the disconnections were occurring because they fall outside of the agency’s remit.

But the ACCC’s general manager of competition enforcement, Marcus Bezzi, said the commission had received at least one report of a digital currency firm having its accounts closed by its bank on the grounds that “the business the firm was involved in was not consistent with policies the bank had in place”.

He said the ACCC had “no evidence” to suggest banks had an interest in undermining trade in the new currency because it posed a threat to their business model.

Westpac’s head of credit risk, Sean Carmody, said due diligence on customers and customer activities was not something that has been embraced by all members of the as-yet unregulated digital currency sector.

A bank servicing a Bitcoin trader doesn’t have access to any of the ‘off ramp’ data - like their online wallet number - that would allow that money to be tracked.

“A key part of [meeting anti-money laundering obligations] is understanding the nature of transactions and having the ability to report suspicious matters,” he told the panel of senators.

“Our obligation becomes knowing your customer’s customer as well, which makes it much harder to provide banking services to businesses that don’t have their own strong due diligence processes.

“If we can’t satisfy ourselves that we can satisfy all of our obligations under the law then it makes it very difficult to provide those services to certain entities.”

He said Westpac supported more clarity in the AML regulations around digital currency to make it easier to provide services to conscientious Bitcoin traders.

Overall, however, the senators heard that digital currency was not yet a big enough or significant enough influence on Australian financial markets to warrant its own regulatory approach.

Witnesses agreed that the financial services sector on both the regulatory and business side were “pretty calm” about the legal controls on digital currencies as they currently stand.