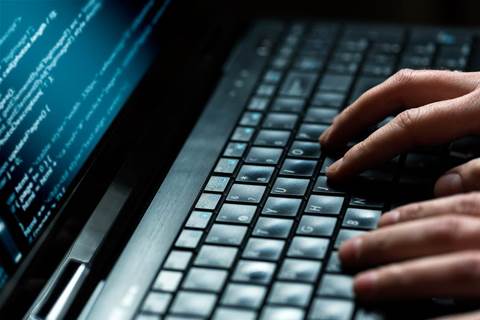 Australian consumers have lost at least $400,000 to a scam smartphone app, with Australia's 'Big 4' banks left to mop up the aftermath.

The hoax app, called the Hope Business App or the Hope Group Earning App, promised users wealth creation and spread virally through May.

Instead, the app was a Ponzi scheme that generated 'returns' for investors by luring new investors to part with their cash.

The Australian Competition and Consumer Commission (ACCC) said its Scamwatch team received 84 reports between 8 May 2021 and 3 June 2021 regarding the Hope Business app.

An ACCC spokesperson told iTnews approximately $400 000 has been reported in losses from consumers.

The competition regulator brought the app to the attention of Google and Apple in May 2021 following reports from the public, leading to its removal from app stores.

“The ‘Hope Business’ app is a scam. Victims were encouraged to transfer funds in a Ponzi scheme,” the ACCC spokesperson said.

“They were initially able to withdraw funds which encouraged them to recommend the application to family and friends, but they were subsequently unable to access their money.”

The spokesperson added individuals should uninstall the application if it is still on their phone.

CBA issued a warning to its customers last week calling for mobile users to be aware of the hoax app. It released a statement via Facebook warning customers to stay alert vigilant of any similar scams.

“Customer alert: We are aware of a hoax app called 'Hope Business' claiming that anyone can earn significant returns after transferring funds to use as an investment while completing in app tasks,” the bank said.

“This has been removed from Apple’s App Store and Google’s Play Store however, is presently being shared through the community by unsuspecting friends and family sharing links via messaging apps.

“If you have downloaded this app, please delete it and be aware of similar apps under different names making similar claims.”

A CBA spokesperson told iTnews consumers should contact the bank immediately if they believed they had been scammed.

Other major banks taking note include NAB, which updated its customer alert webpage warning that victims "have also been contacted by the 'Hope Remediation Team' who advise an upfront payment of 10 percent is required to recover their investment.”

An ANZ spokesperson also confirmed it was aware of the Hope Business app, telling iTnews the bank is working alongside other major institutions to combat the app and to identify and inform victims.

“ANZ monitors official and third party app stores for apps that claim to be associated with ANZ and takes action to remove any unauthorised use of ANZ branding,” the ANZ spokesperson said.

Westpac released its alert via Twitter, urging customers to “be careful”.