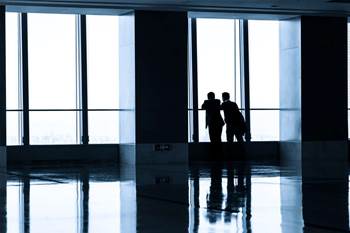 An Australian financial analyst has pleaded guilty in a US federal court to trading on inside information ahead of the US$1.2 billion acquisition of software company SPSS by IBM in 2009.

Trent Martin, 34, pleaded guilty to one charge of conspiracy to commit securities fraud. He also admitted to passing the information on to others, including his roommate.

"I knew that my actions were wrong in violation of the law," Martin said in US District Court.

At the time, Martin worked as a research analyst in the US offices of an international financial services firm, prosecutors said. He was arrested in Hong Kong late last year and returned to the United States in March.

Last November, the US Justice Department and the US Securities and Exchange Commission charged two former stockbrokers, Thomas Conradt and David Weishaus, for their role in the scheme. Conradt and Weishaus worked at Euro Pacific Capital.

Conradt and Weishaus named Martin as the source of the information in instant messages.

"Holy f***...god trent told me not to tell anyone...big mistake," Conradt wrote in one instant message read, according to an indictment.

The three and others made more than US$1 million by trading before the deal, according to prosecutors.

US District Judge Andrew Carter set Martin's sentencing for March 14. He faces a maximum of five years in prison.

Under his bail package, Martin is allowed to live with his parents in Sydney, Australia, until his sentencing or other mandatory court hearings. He has been living with a friend in New York, he said at the hearing.