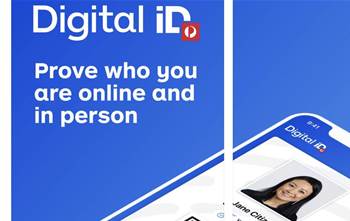 Australia Post's Digital iD has been accredited as a trusted service that consumers can use to verify their identity when they interact with government departments.

The postal service had been seeking accreditation from the government since 2017.

TDIF is a governance framework underpinning a federated digital identity program that will enable citizens to verify their identity once in order to then access multiple government services.

The system "is designed to have multiple identity providers to give those using the system choice".

Before today, the only accredited choice was the government's own identity provider, myGovID, run by the Australian Taxation Office.

"The introduction of Australia Post as a second identity provider into the digital identity system is one of the foundational steps needed for the system to develop into a true whole of economy solution," Robert said.

“We are very proud to be the first to obtain this accreditation," Bauchiere said.

"It demonstrates our strong digital capabilities, coupled with our far-reaching post office network, uniquely positioning us to support all Australians in connecting with vital government services, regardless of where they live.”

Robert said he hoped to see "many government agencies, banks, or other organisations undergo accreditation to become part of the identity system" in the future.

TDIF has been developed iteratively and in consultation with privacy advocates, industry experts, the Australian Payments Council, States and Territories and the broader community over the past three years, Robert said.

"The fourth iteration of the TDIF will be released at the end of 2019 and will focus on optimising the opportunity for interoperability across the broader economy," he said.

Outside of government, Digital iD can be used to verify identity with 18 private organisations, including for venue hire, financial services, and AirTasker for employment.

Digital iD can also be used as age verification for entry to participating licensed venues and alcohol purchases in Victoria, Tasmania, Queensland, ACT and New Territories.

The AusPost identity service is available as an app for Apple iOS and Google Android-based devices.

AusPost says Digital iD data is securely encrypted and stored in Australia, with nobody from the provider being able to access or view the data.