Ausgrid zeroes in on network faults 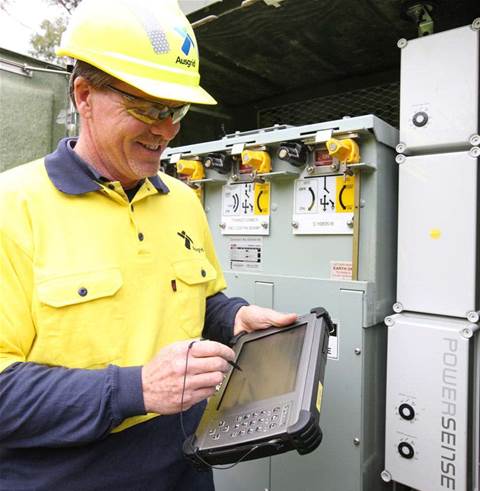 Energy utility AusGrid has deployed monitoring devices in 2300 street-level cabinets in an ongoing effort to gain a more granular visibility of its electricity distribution network.

The utility had previously announced it would roll out the PowerSense devices in 12,000 of its 30,000 street-level power distribution boxes, coupled with a back-end data analysis system supplied by IBM.

Ausgrid managing director George Maltabarow told iTnews that the newly deployed sensors would measure voltage and current between Ausgrid’s high voltage (11,000V) major zone substations and its street-level distribution units, where the current is converted into the 240V current used in households.

He said the sensors indicated whether there was any service interruptions on that street and what loads the equipment were carrying.

“The system has already proved itself in emergency situations,” he said. “We have already had major failures and used the system to prioritise and optimise where in the network we put generators in to provide supply.”

Diagnostic data was transmitted over a 3G network to larger substations, and then to the utility's central IT systems for monitoring and analysis over a fibre network.

Maltabarow said Ausgrid’s SCADA system had previously only provided visibility into the high voltage segment of the network.

“Without this technology, we don’t know what’s going on in the [lower-voltage] distribution network,” he said.

The project was designed to deliver second-by-second analysis of faults in the utility’s electricity grid, with the same level of information previously only available to the company on an annual basis.

The IBM system implemented as part of the rollout would also aggregate data from compatible street cabinets to study load behaviour over time, providing information to the utility on the lifecycle of equipment and identify areas in need of a hardware refresh.

“We can certainly start to see our planners target capital investment better by getting much better information than we had before,” Maltabarow said. “Over time, I would expect our capital requirements will come down.”

Maltabarow said Ausgrid should complete the rollout of 12,000 monitors within 18 months.

The utility didn’t see a requirement to roll out sensors to all 30,000 street cabinets on its network, he said. Most of the 12,000 streets are in high-density urban areas, carrying around 85 percent of AusGrid’s network load.

“There will be more than enough information from the first stage to improve operating performance,” he said.

Once AusGrid has better data on its distribution network, the power utility will use a custom 4G network using a mixture of WiMAX and LTE technologies over spectrum leased from vividwireless to connect street-level distribution units to smart meters installed in residential premises.

The meters would optimise transmission and address service outages right down to the level of the individual customer. It would also allow customers to monitor their own energy usage at a house level and with individual devices, allowing room for potential customer rebates to incentivise energy consumption.

Maltabarow said AusGrid has identified 144 sites for antennae builds for a 4G network to complement these meters, 60 of which are already under construction.

He said the company was in a consumer consultation for around 100 sites and will use CrownCastle to deploy many of the antennas rather than partner with Australia’s telcos.

“We did explore using the telcos – but we found that their networks are not configured for machine-to-machine transmission,” he said.