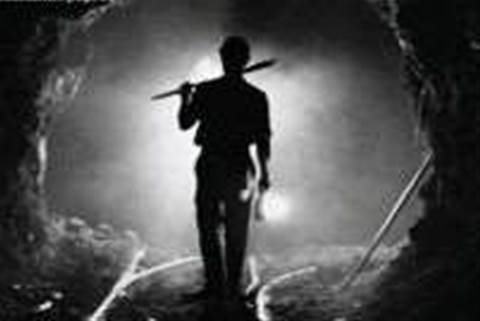 The engineering services firm was "heading into [a] detailed design" phase for the project, which chief information officer Paul Young told iTnews represented a "very significant investment" for the company.

Ausenco had retained the IT systems of several acquired businesses, which included Vector Engineering and Sandwell, in addition to running its own separate mid-tier ERP and human resource systems in Australia.

"I think we have something like five or six different small finance systems supported by multiple systems all at different stages of maturity," Young said.

Young started the consolidation project two years ago with a request for proposals that attracted systems from Oracle (E-Business Suite, JD Edwards), Microsoft, SAP and Lawson.

The past year-and-a-half had been spent with implementation partner CSG "doing some work... to revise what the organisation is going to look like going forward.

"This isn't just about getting global ERP and putting it into four companies," Young said.

Young said that with Ausenco increasingly taking on larger chunks of work, the company wanted to "utilise people across the business [internationally] to collaborate on a more diverse range of projects".

"The complexities of multi-currency projects across different geographies and with different FX [foreign exchange] rates [are] very difficult to run in single currency, single entity systems," he said.

"We had a need for a tier one ERP [system] capable of providing that functionality."

Young said that Ausenco was yet to decide where it would host the Oracle E-Business Suite it had chosen as a standard ERP system, although it was likely to be hosted in a North American data centre.

"It's just about working out where the centre of the world is for us," Young said. "It'll be pretty easy to work out."

The company already had a presence in data centres in Perth, Brisbane and Miami.

Young said one of the key criteria for the ERP replacement project was that the global system be delivered over the internet.

A large number of the projects that Ausenco worked on were in the resources sector, which involved staff hooking into ERP systems in remote areas to access timesheets and self-service HR portals.

Young said that the company wanted to ensure that users "sitting at the end of the network have the best possible experience from the corporate application", although he acknowledged most ERP users would be in finance and HR teams in major offices.

He said Ausenco typically cached "a lot of the presentation, screens and logos" close to end users at remote mining project offices to improve their experience with corporate systems.

"We've taken the decision over time to move to web delivery and web acceleration [for these users]," he said.

Young said that users would likely be cut over to the Oracle system during a period of relative financial downtime, such as after the end of a financial year or during "some close-off period for us financially".

"There's not too many choices," he said.

"All options are on the table, but as much as possible we'll summarise [data from the old systems] and leave a degraded but still functioning older system [in place]."

He said evidence showed that most legacy data, if transferred to a new system as-is, would probably remain untouched.

Young said that the implementation team was a "blend" of internal IT employees, Oracle, CSG and an un-named change management consultancy.

The Oracle system would be rolled out first in Australia and then to international businesses over a phased three-year period.

He said that Ausenco would likely engage more partners internationally to assist with certain parts of the implementation overseas.

It had previously deployed a $2 million disaster recovery solution through Dimension Data.