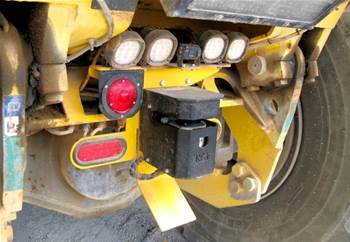 Mine contractor Pybar has trialled an automated haul truck guidance system in Aurelia Metals’ Hera gold mine in central NSW.

The trucks are used to backfill stopes – a process where voids left by underground mining are filled in, generally using a mix of tailings, water and cement to stabilise the area. Tailings are the rock that is left over after processing to extract the valuable metal or mineral.

“The solution has eliminated the need for operators to steer the truck down the long drives, and the need for developing truck turnaround bays near the stope tip heads,” Rouse said in a statement.

“The system works in a similar way to [a] guidance system fitted on several of Pybar’s production loaders at numerous other sites.”

RCT said the automated system used guidance technology “to ensure the operator avoids running into walls and obstacles to keep the truck on the optimal tramming path".

“In addition to this, the steering, braking and speed of the truck are automatically determined by the minimum width of the drive and the look-ahead distance of the on-board laser units,” the vendor said.

“There is also an object detection feature which further assists in tight areas.”

Rouse said Pybar was looking at how it could introduce the technology at other mines it has contracts with.

Pybar has been working at Hera since the mine began operating in February 2013. It won contract extensions for the site last year, and has an on-site workforce of at least 48 staff.

Hera mine is located approximately 100km south-east of Cobar in central NSW. Aurelia bought it as an undeveloped gold-lead-zinc-silver deposit from CBH Resources in September 2009.