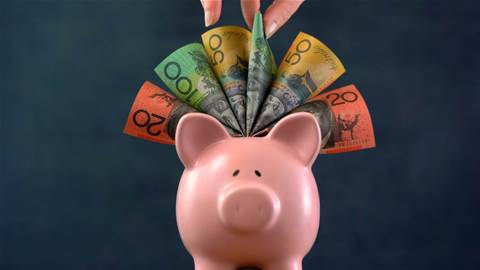 New IT to replace once-yearly reporting.

Two new IT systems for superannuation reporting under construction at the Australian Taxation Office will help identify employers that aren't paying proper contributions for their workers, the agency says.

The systems will allow superannuation firms to report more regularly than the current once-yearly data dump of 34 million member contribution statements that are delivered to the ATO every October.

In a speech to the ASFA national conference late last week, ATO deputy commissioner of superannuation James O'Halloran said industry and the ATO both agreed that the current reporting arrangements created an "increasingly unacceptable lag in the timely visibility of member contributions".

"The possibility of member contribution reporting moving from an annual basis to more regular reporting designed to promote transparency and the chance for early intervention [has] become more acceptable as a way forward," he said.

"Such an approach would improve member engagement and mitigate some regulatory risks."

The ATO has spent most of the past year working on developing a new framework to replace annual member contribution reporting.

It already had begun work creating an 'interim transfer balance account report' to facilitate the delivery of new information on retirement accounts that super providers were required to give the ATO from July 1 this year.

The pair will replace the annual member's contribution statement (MCS) firms send to the ATO once a year.

Not only will this give funds and fund members more up-to-date data on their super holdings and transactions, but it will also allow the ATO to identify any apparent non-payment of super payments by employers faster.

In August the ATO revealed Australian workers had been shortchanged more than $17 billion in super payments since 2009.

Just under $3.3 billion was missing in fiscal 2014-15, with the ATO labelling construction companies, retailers, food services and accommodation providers as the worst offenders. The most cited reasons for underpayment were poor payroll systems and a lack of resources within small businesses.

"Future ATO actions will include using preventative approaches and nudges for those identified as paying late; firmer action against those underpaying or not paying [super] as required, including review and audit action; and strong action for repeated or regular non-payment of [super], including use of the director penalty regime and security bonds," O'Halloran said.

"Such actions should enable the ATO to address non-payment of [super] much closer to the actual event and allow us to address issues with employers before they are too far into debt.

"It will also allow for more ready identification of employers who may be trading while insolvent and enable us to take action to address this issue and ensure employee entitlements are protected."

Super firms will be able to continue sending their annual member contribution statements until October 31 2018.

He indicated formal advice on anticipated "readiness" dates and preparation information would be sent to super firms in the coming weeks.