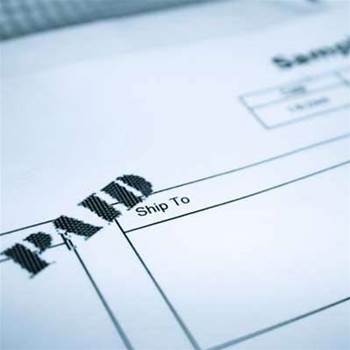 The Australian Tax Office is looking to leverage the retail industry's efforts to implement standards in data exchange to do the same for the country's processing of electronic invoices.

Following the ATO's successful introduction of standards for Australia's superannuation payments and contributions, it is now looking at similarly streamlining the way electronic invoices are processed.

The $1.5 billion SuperStream scheme introduced the ebMS 3.0 AS4 standard as the common way for employers to make uniform, electronic super contributions for their employees. The data specifications were based on the SBR (Standard Business Reporting) standard.

The ATO is now keeping a close eye on an Australian retail industry project - which has now gone global - that aims to develop standards for the exchange of information with online marketplaces, to see if the same approach can be applied to invoicing.

"Their view is that if the retail industry is able to set up these standards, they can eventually be applied to the economy as a whole," retail industry group NORA said in a statement.

"And it makes sense for this work to come directly from industry, so it best matches the actual needs of businesses."

The ATO is part of a working group on the issue, convened by CEO of the Council of Small Business Australia Peter Strong.

"In addition to the NORA work, we have also been looking at e-invoicing more generally," an ATO spokesperson said.

"We are working closely with the business and software developer communities to help gain the considerable advantages that would come from e-invoicing nationally."

The ATO recently commissioned an investigation [pdf] by Switzerland-based market analyst Bruno Koch, of e-invoicing and e-billing advisory firm Billentis, into the matter. The report concluded electronic invoicing could achieve savings of up to 80 percent compared to paper-based processing.

Extrapolating from European figures, the report suggested moving to e-invoicing could save Australia's government agencies up to $3 billion each year.

The report estimated Australia has a current e-invoicing market adoption rate of between 10 percent and 15 percent. It said there were around 500-800 different ERP/accounting systems in use in the country at the moment.

The Billentis report recommended Australia move to a hybrid model as currently proposed in Germany, which involves a subset of CEN CII (cross industry invoice) and MUG (message user guides) data embedded as XML into the PDF/file.

Koch argued this approach would meet the requirements of both large and small and mid-sized businesses.

"It can be seen as a data container, where any other file (XML, Word, etc) can be embedded," Koch wrote in the report.

He said the public sector - specifically federal government - needed to lead the take-up of e-invoicing, and act as the "trigger to exploit ... the potential in the entire B2B market".

"It is human nature that old habits die hard. The requirement from the public sector for B2G e-Invoicing will be the trigger for change," he wrote.

Once that is achieved, an Australia B2B invoice standard can be developed, aligned with the B2G model, Koch said.

The report's project team earlier this year met with stakeholders including government representatives, solutions providers like SAP, corporates, small business, banks such as CBA and Westpac and bookkeepers on the proposal, and said the suggested model had broad support.

The ATO is discussing the report's recommendations with businesses and software developers to ascertain an agreed approach.

The retail standards under development by the consortium of retailers and industry groups will be open source and able to be adapted for non-retail verticals.

They will cover six areas: product information; pricing file; purchase order; invoices; inventory; and status update notification (for packing and shipping etc). First in line will be an agreed standard for inventory.

Australia will be the first to test out the standards, with a global roll out expected further down the track.