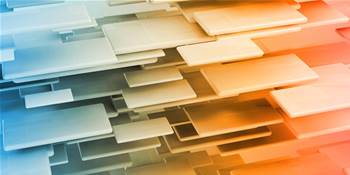 The change will see the data from a further 450,000 people collected and matched under the compliance program, which was set up to confirm eligibility on the early access superannuation and JobKeeper schemes last June.

Under the expanded program, the ATO will source data from Services Australia to confirm “income support payments made to employees nominated by applicants for [the] JobMaker hiring credit”.

JobMaker was introduced with the federal budget last October to provide businesses with up to $200 each week for each additional employee under the age of 35 that they hire until October 2020.

But for employees to be eligible, they need to have received the either the JobSeeker payment, youth allowance or the parenting payment for at least one month in the three months prior.

In an gazetted amendment [pdf], the ATO said “data collected for JobMaker hiring credits from Services Australia will be related to the expected 450,000 positions that will be supported through the [scheme]”.

Data sourced will include identification details, including names and dates of birth, as well as transaction details such as the type of government support received.

It will be obtained under the Taxation Administration Act 1953, which “obligates the data providers to provide the information requested”, and held by the ATO for up to six years.

The ATO has already collected data from approximately 3 million people for the early access to super scheme from Services Austrlaia, as well as the details of 45,000 incarcerated individuals from state and territory correctional facility regulators.

However, according to the gazette notice, the number of incarcerated individuals to have their data collected under the amended program is now expected to more than double to approximately 100,000.

The ABC last month revealed that 'clients in jail' was a major theme in around 6000 cases being scrutinised by the ATO where employers may have created fictitious employees to take advantage of the JobKeeper scheme.

In addition to verifying applications, the matched data is being used to “implement treatment strategies to improve voluntary compliance, which may include educational and compliance activities”.

Like the ATO’s other data matching programs, the program follows data matching guidelines provided by the Office of the Australian Information Commissioner.