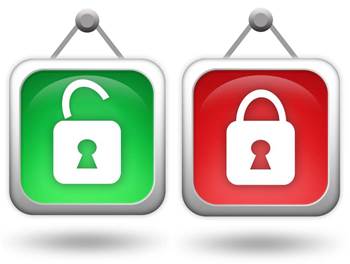 The Australian Taxation Office (ATO) is phasing out digital certificates in a move towards providing a single authenticator for businesses dealing with the Government online.

Late this month, it plans to introduce a new online security credential called AUSkey, as part of the Government's Standard Business Reporting (SBR) program announced in 2006.

Developed in partnership with Verizon Business, AUSkey is anticipated to simplify registration and management processes, and improve security by giving businesses a single security credential to manage.

AUSkey will be accepted by the ATO and Australian Business Registry (ABR) this month, and be the only security credential to be accepted in SBR-enabled software, which will be available from July.

It will also be accepted by State and Territory Revenue Offices, Australian Prudential Regulation Authority (APRA) and Australian Securities and Investments Commission (ASIC) within the next two years.

An ATO spokesperson said the new credential has been developed in consultation with businesses, reporting professionals, software developers and government agencies.

"SBR will enable businesses to report from their own accounting software, without having to sign-on to each individual agency," he said.

"The design of AUSkey balances useability and convenience with the security businesses expect from online authentication systems."

"[AUSkey] reduces the need to maintain separate pins and passwords for each agency a business interacts with, and minimises the associated administrative burden," he told iTnews.

The ATO expects AUSkeys to be usable from the day of registration and more easily managed than the currently used digital certificates.

AUSkeys could be installed on a computer, USB stick or server. And while digital certificates had to be renewed every two years, AUSkeys would not expire as long as they were used at least once a year.

Verizon Business has been contracted to develop the authentication component of the SBR, following a longstanding relationship with the ATO.

"Verizon has been a significant provider of Public Key Infrastructure (PKI) and authentication solutions to the Australian government for many years," the company's ANZ area VP John Karabin explained.

"We have designed the authentication system with ease of use as a primary design consideration, as a single digital credential will allow users to authenticate themselves with all the agencies participating in SBR initiative," he told iTnews.

Karabin said Verizon Business has worked on major authentication and identity management projects with the ATO, Medicare and Department of Defence during the past ten years.