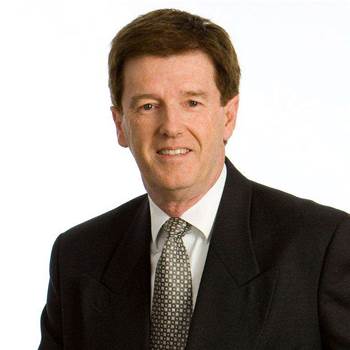 The Australian Tax Office is looking for a permanent IT chief to lead its technology operations and fill the shoes of former long-time CIO Bill Gibson.

Late yesterday the ATO started advertising for a new CIO to lead the agency's enterprise solutions and technology portfolio.

The tax office is working on transforming itself into a "contemporary, service-oriented organisation", and needs a CIO to drive a services engagement model into the business. It will mean changing current practices, approach and culture, the agency said.

"Strategic focus areas are end-to-end digital service delivery and working environment, insight and intelligence, and anticipating and responding to the expectations of business and community," it wrote in its job ad.

The agency is asking for someone with IT qualifications and who has a history in managing IT services for large and complex organisations utilising different technologies. The ATO also wants someone who is on top of future global trends for both business and IT.

It is taking applications for the CIO role until June 2.

The ATO had previously indicated plans to take the position to the market midway through this year following Gibson's November 2014 resignation.

Deputy Commissioner of the ATO's workforce adjustment project Jane King had agreed to act in the role until a new tech chief was recruited.

Gibson served as the ATO's CIO for 11 years.

Among other efforts, Gibson helped implement the ATO's "change program" - a business and systems transformation drive aimed at integrating a number of fundamental core processing systems that had been developed separately from each other.

The backend overhaul allowed Gibson and his team to leverage the technologies to create modern frontend and customer-facing systems, such as the ATO’s mobile app and MyTax online tax return portal.

One of his later projects was the creation of a "digital services factory" made up of 50 staff, aimed at developing digital services to provide to external consumers who require tax administration processing services.

At the time of his resignation, Gibson offered words of advice to his eventual successor: "don’t just think about how things are going to be over the next year or 18 months, think about it in order to effect transformational change,” he told iTnews.

“My other advice to my successor is you’ve got a very good, capable and committed team - continue to use them and trust them."