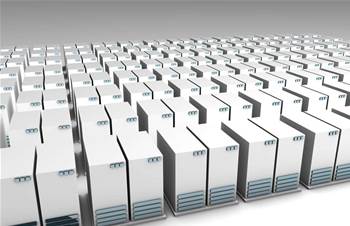 Australia's Tax Office has highlighted the success of a handful of IT projects managed by HP Enterprise Services, just days out from an expected announcement as to whether the agency will retain the vendor as its outsourced partner.

Speaking at the Gartner Symposium in Sydney, David McMillen, acting assistant commissioner at the ATO and the chief of the office's IT architecture operations, discussed three successful virtualisation and automation projects that he said had provided the ATO greater flexibility in deploying new applications.

Until a renegotiation of contracts in 2009, virtualisation had been a sticking point between the ATO and EDS (now HP Enterprise Services) - as server virtualisation projects were not within scope of their long-standing outsourcing agreement.

But the ATO pushed EDS during contract extensions last year and the services organisation (now HP Enterprise Services) appears to have come through with the goods.

The ATO has developed a 'zero touch' server build function to dramatically reduce the amount of time it takes for the tax office to deploy new applications.

But using virtualisation and automation, the ATO and HP have now effectively separated server supply from demand fulfillment.

The ATO is building excess capacity out in a highly-virtualised x86 based server farm and deploys new physical servers independent of consumption triggers (such as a requirement from a new application).

Users can now select a server resource from within a service catalogue and the operating system automatically installs alongside automated QA [quality assurance] checks.

Commonly-utilised business applications are also 'pre-packaged' for this automated server and OS build from within the service catalogue - such that the most basic or common applications can be installed in an automated fashion and potentially be operational the same day.

The key challenge with this new process is for the IT department to accurately forecast demand for virtual servers, he said.

Hodges also recommended infrastructure managers work with hardware suppliers to guarantee delivery times and stay ahead of demands from business.

The ATO has also used virtualisation to significantly reduce the infrastructure required for its disaster recovery operations.

Before virtualisation, the ATO fully duplicated its IT infrastructure at a DR [disaster recovery] site - which required a duplication of assets and support processes to install and manage applications and patch systems across both sites.

There was also several manual processing steps required to switch on the DR site after an incident.

Using virtualisation, the ATO has de-commissioned a series of legacy machines at its DR site and instead replicates its production environment to a smaller footprint virtual server farm at the DR site.

McMillen said the virtualisation project - which included 250 servers within its scope - enabled the ATO to release a significant amount of data centre space.

DR tests in July had already proven the efficiency and speed with which a virtual image of production applications can be up and running at the DR site, he said, with technicians only needing to make minor changes to things like IP addresses and domain names.

The improvement in recovery timeframes was very noticeable," he said. "And as for the accuracy of the DR site - it was now production-like, if not exactly the same."

The ease with which production applications can be replicated to the DR site - and the additional server room space available - has now enabled the ATO to extend DR to non-core business applications.

"It is now cost effective to extend DR to apps we wouldn't have thought of in the past," Hodges said.

In the future, he anticipated a potential to run test and development on the resource pool at the DR site - which can be scaled back during DR testing or - should it ever eventuate - a disaster.

HP now views the virtual server cluster at the ATO's DR site and the new self-service provisioning available at its production site as a step toward the tax office embracing cloud computing in the future.

Production applications could "burst" onto the DR site, for example, should such a requirement come about.