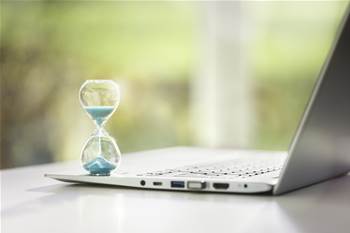 Taxpayers attempting to access the Australian Taxation Office’s online portal were asked to wait in a virtual queue this week due to a partial degradation of service.

Reports of the queuing system emerged on Monday, with some users placed into the queue after logging into the ATO’s ‘online services for individuals’ platform.

A message on the platform reads: “You’re in the queue. To ensure the stability and accessibility of our online services we are currently managing the number of people that can login.”

Users not willing to wait for others to logout before accessing the platform are told to “try again later”.

The queue system attracted ridicule from users, who were particularly surprised to see such a message before the 2020-21 tax time rush.

“So apparently the tax department website has a queue now. Does the ATO know websites don’t have queues?” one user wrote.

“What's the go with this? I thought the whole point of an online portal was so that individuals and business owners didn’t have to wait in phone queues or take up human resources,” another said.

I got the "You're in the queue" message after login in.

I’m not sure about how others think but I would definitely send home all of those who supported the idea of the queue. #ATO #Unbelievable pic.twitter.com/J8LNWjj2us

The ATO’s 'online servies for agents' platform was also impacted, with one user labelling the need to queue “an absolute disgrace”.

A spokesperson acknowledged that “some users have been experiencing intermittent issues with [the ATO’s] online services”, which it is “investigating as a matter of priority”.

But the queuing system itself is not strictly new; it was introduced in April 2020 to manage the impact of the government’s early access superannuation and JobKeeper schemes.

“We expected to see a significant increase in the volume of user traffic using ATO Online. This increase in traffic in turn increases the load on our core systems,’ the spokesperson said.

“The virtual queuing system is a tool for ensuring continuity of service under conditions of excessive demand or unforeseen events effecting system performance.”

iTnews has, however, been unable to find any prior reference to the queuing system, even though the ATO Online crashed on the first day of the 2020-21 financial year.

Retailer Kmart trialled a similar queuing system in response to increased traffic during Covid-19 last year, which also drew the ire of users.

Unlike the Kmart system, however, the ATO system is not able to estimate the length of the expected wait.

“The length of time in the queue is not able to be forecast; it is dependent on service response times and the changing volume of users in the system,” the ATO spokesperson said.