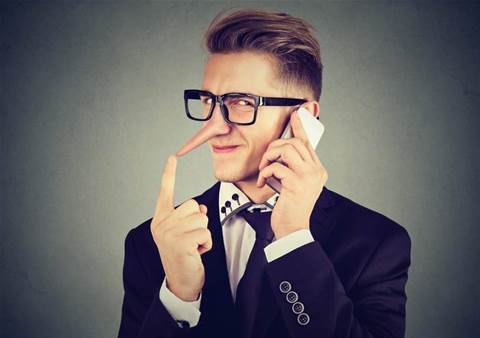 This time its switchboard is being spoofed.

The Australian Taxation Office (ATO) has warned of increasing numbers of scammers spoofing phone numbers from its switchboard in an effort to make fake calls appear legitimate.

Scammers who pose as ATO staff typically attempt to secure payments of debts that don't exist, often accompanied by warnings of dire consequences for non-compliance or tardy payments.

The phone number most commonly spoofed by scammers belongs to the ATO’s overseas enquiries hotline, which is intended for incoming calls and uses a conventional phone number instead of the 13 numbers the office uses to take inbound calls. The overseas inquiries number is easily identifiable as a legitimate ATO service and appears on mobile phones' caller ID screens.

ATO numbers are also being left on voicemail services to make the call appear more valid when the scammers make repeat calls.

Yesterday's warning from the ATO is its third in four months: in July it advised of an email campaign that saw scammers impersonate staff and in warned of calls made by fake tax agents.

The new warning recommends not calling back an unknown number and for taxpayers to instead try to independently source a contact number appropriate for their enquiry.

The ATO has also reminded the public that even if a phone number appears legitimate, the ATO will never threaten arrest over the phone, demand payment (especially in the form of bitcoin or pre-paid credit cards), or refuse to allow you to speak to a trusted advisor.

It’s also worth noting that if the ATO contacts you directly, its number will be blocked and won’t show up on caller ID.