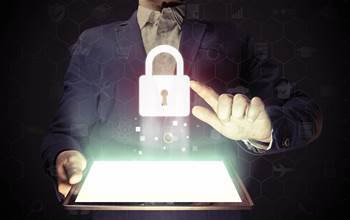 The Australian Taxation Office is building a new digital identity proofing and credential solution that will improve how tax agents verify themselves before accessing digital services.

The solution, dubbed AUSid, is expected to replace the AUSkey online security credential that tax professionals and businesses use when dealing with the government online.

AUSkey was introduced seven years ago as part of the ATO’s standard business reporting (SBR) program to allow businesses to use a single credential across various government services.

The public key infrastructure can be used by tax practitioners to change an ABN and lodge a business activity statement, as well as to access government services outside the ATO, including from the Department of Human Services and Australian Securities and Investment Commission.

But tax practitioners have complained of limitations with AUSkey and its failure to keep pace with changes in technology, and the ATO has already moved to introduce software that removes the need for practitioners to use an AUSkey to perform secure transactions.

Last year ATO chief digital officer John Dardo revealed the agency did not see a “long term future” for AUSkey, and would likely replace it over the coming years.

The new AUSid will align with the national federated digital identity ecosystem known as Govpass.

It is intended to streamline the process by which a practitioner provides their identity online and help prevent fraud, while allowing them to access online services from any mobile or desktop device.

Practitioners will be required to scan and verify their identity documents through the document verification service (DVS) using a device’s camera.

It will also capture and verify a facial image using the one-to-one image matching service known as the federal facial verification service (FVS).

Practitioners will then be able to choose a preferred credential - such as fingerprint or password - to access the ATO’s online services through the AUSid app, which is currently only available on desktops as a public beta.

“Practitioners will be able to choose a preferred credential such as a device based fingerprint or password, access government services with only one credential when representing multiple ABN’s or changing employers and verify identity online to a high level of assurance,” minutes from a tax practitioners stewardship group meeting in December state.

It will capture and prefill “the fields required to verify the attributes using DVS” using optical character recognition (OCR) technology, which the ATO today approached the market for.

A spokesperson for the agency wouldn't comment on the specifics of AUSid, only to say that a limited version of AUSid was implemented in 2017 "for use by overseas registrants for GST".

"This is currently being used by tens of thousands of overseas clients in a limited risk environment," the spokesperson said.