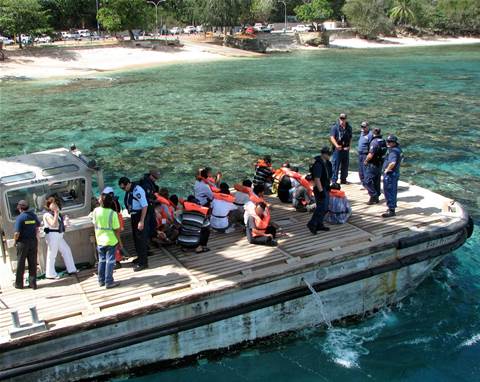 The personal details of some 10,000 individuals seeking asylum in Australia remain publicly accessible, despite the efforts of several search engines to destroy the remnants of the politically sensitive document.

The document contains embedded details on the names, arrival information and even more sensitive critical data. Australia's Immigration Department has removed it from its own web server, but it has remained accessible, in full, on a public internet site, for over a week.

This publication will not reveal the name or location of the document to protect the identities of named asylum seekers. The Guardian Australia, which broke news of the breach last week, also continues to suppress these crucial details.

The Immigration Department's failed attempts to contain the spill only serve to prove how difficult it is to determine whether copies of a document have been made once it has been published to the public internet.

An online activist and journalist, who uses the handle 'Asher Wolf', disclosed news of the breach to The Guardian earlier this month.

In response, the Department of Immigration issued the Melbourne woman with a letter demanding she return printed and digital copies of the document along with the names of those who may have received copies, citing its obligations to reduce harm under the Privacy Act.

Wolf refused to supply the information noting that the document was still publicly available.

Australia's Privacy Commissioner Timothy Pilgrim has launched an investigation into the breach, labelling it a "serious incident".

Under the reforms to the Privacy Act scheduled for March 12, it is recommended that organisations that disclose personal information about Australian citizens are required to notify those affected. It is unclear if this would require the Department to notify individuals seeking asylum in Australia.

Opposition immigration spokesman Richard Marles said at the time the leak appeared to be "one of the most significant breaches of privacy in Australia's history" and called it "ineptitude of the greatest degree".

Analyst giant KPMG has been contracted to review and report on how the incident occurred, with its interim findings due today.