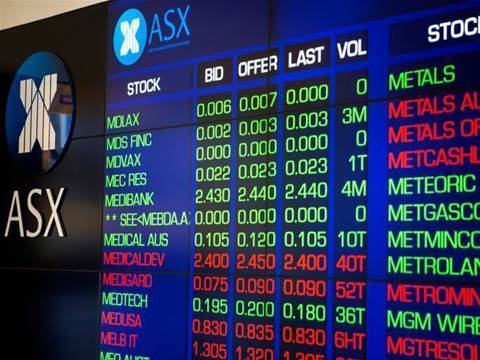 The Australian Securities Exchange has revealed ambitions to become a platform-as-a-service play after it completes the upgrade of its new blockchain based clearing and settlement system replacement, with superannuation, insurance and healthcare all potentially in the mix.

Just hours after senior technologists at the Digital Transformation Agency conspicuously poured cold water onto the use of distributed ledger technology in government, hundreds of senior finance executives from across the globe packed the bourse’s auditorium to get an update on progress.

It’s a polarised tale of two very different markets, with DLT vendors viewed with deep suspicion in Canberra’s public sector, yet with optimistic awe in the hyper-competitive environment of cash equities trading.

Officially Tuesday’s ASX briefing was part of the gargantuan SIBOS conference that has drawn more than 7000 money mechanics and bankers. In financial services circles, the ASX’s big settlements rebuild using DLT is its own tourist attraction.

Yet it took just minutes for ASX’s executive general manager for equity post trade services Cliff Richards to sandblast away any suggestion that market operator’s plan to replace the 25-year-old CHESS electronic settlements system anything but a matter of urgent necessity.

The guts of Richards’ argument is that for all the unwanted hype around DLT  -- and the discomfort and irritation with vaporware vendors and coin pimps is palpable at the ASX -- there is a genuinely sound architectural fit that will take the market operator into the future.

ASX management heavily is stressing it’s laser-focused on delivering the big upgrade to the local securities community; but it’s also clearly hunting for opportunities to extend the capabilities of the platform into compliance-laden sectors that have proved too difficult to transform to date.

The ASX’s big advantage over mainstream technology vendors is while regulated sectors like super and insurance all thrive on paperwork, payments and money – as do securities – they are also often also listed and active capital market participants.

For those unfamiliar with the ASX’s leap of faith into DLT (it strenuously avoids the b-words), it’s through a new play called Digital Asset Holdings to help build a replacement for the mainframe-based COBOL-era CHESS (Clearing House Electronic Subregister System) that’s just getting harder and harder to maintain.

For those at the coalface, it’s less a matter of functionality than growing critical legacy overhead.

“CHESS has features other jurisdictions still wish they had, and it works fine,” Richards said.

“But it is over 25-years-old and like many ageing systems the cost of changing them is expensive. Because one unit of cost of change is 20 or 30 units of cost of test – to make sure you don’t break anything else.

The Holy Grail for Richards, the ASX, Digital Asset Holdings and every market operator and broker glued to the computing equivalent of ‘Grand Designs’ meets ‘Top Gear’ is a thing the chief executive calls the “distribution of the golden source of truth.”

In short, that means a Borgesian digital book of trades that stays accurate no matter how many times it gets duplicated and can be dialed-into and used by pretty well anyone allowed to.

Add strict permissioning and transparency (as opposed to anonymity) and DLT for securities becomes far too compelling to ignore, despite its bubbly coding in-laws pretending to be money that have regulators wincing.

Perhaps one reason securities exchanges are so apparently comfortable with DLT is that the language of bourses and securitization is often actually less accessible than even that of blockchain or bitcoin – ‘markets talk’ is highly structured, regimented and frequently bastardised to the point of opacity.

Richards contended that it when it boiled down to technology evaluation and choices to replace CHESS, DLT became a bit of an “all roads lead to Rome” scenario.

The automation of the duplicative manual processes that often surround CHESS are where the uplift for the market operator, participants and investors will reduce cost and create value he stressed.

“The point is that [at the moment] no one knows that they are operating on the truth, the only source of truth is at the moment CHESS and everything else is a copy of it. And because it’s a copy you have latency in the system and financial markets know that latency might equal opportunity but it also equals risk,” Richards said.

“This is not about building monolithic applications all controlled by ASX [as with] clearing and settlement now.

With the ASX having partnered with Digital Asset Holdings – including taking an equity stake –Richards left it to the founder of the specialist technology developer, Blythe Masters, to drive home the bigger picture of where Australia sits in the mix of markets competing for investor capital.

Masters contended that ASX moved at a fortuitous moment in terms of its decision. Knowing what wouldn’t cut it in the future rather than sticking with conventional wisdom on the infrastructure front was key to this.

“There are a number of market infrastructures around the world who are kicking themselves in certain respects because five years ago they began the typical cyclical replacement process for their core infrastructure and replaced it with something completely conventional,” Masters said.

“There are so many eyes watching ASX now in terms of other market infrastructures who are quite happy top let ASX be the trail blazers and are planning g to be fast followers.”

The former JP Morgan investment banker that backed her own idea didn’t hold back in terms of what needed to change for market operators, indeed many technology or services companies to stay ahead of the curve to survive.

“There isn’t a market infrastructure in the world that isn’t evaluating this technology at this moment in time. This is mission critical,” Masters said.

“Our objective is not just to enable market infrastructures but their customers to integrate seamlessly with technology that can interoperate.”

Masters frankly observed that DLT held many of the hallmarks of the first hype fueled internet wave before things settled down to start disrupting main street businesses and whole sectors.

“The reality of what is going to happen, as with the first wave of the internet, you will see some organisations that will be wiped off the face of their business universe,” she said, adding others would be come into existence and that the vast majority will adopt and adapt.

Just how clunky and poorly standardised the ecosystem for some of those processes and technology are sits in glaring contrast to the trillions in cash and securities that rely on them.

“If you think of process of intermediation, just in financial services, there is a huge, huge, huge component of that that isn’t particularly value added,” Masters said.

“People don’t do that simply to extract fees from their customers. They do it because it has to be done, because the technology today doesn’t make it efficient to do it…

“It’s extremely costly to do that. To deploy hundreds of bodies and thousands of man-hours and faxes and emails and goodness knows what else.

Masters defended the role of many intermediaries as providing a tangible service, but railed against the epic overhead of clunky low value processes.

“If you take the cost out of low or zero value added activities…. That’s a huge positive,” she said.

Taken out at the knees

Like many other businesses confronting technology-driven change, Masters stressed it was a matter of seeing adapting to what was playing out over the long term rather than fighting to preserve the status quo.

“History is absolutely littered with examples of people who shied away from making these difficult disruptive and in many cases self-cannibalizing investments because they sought to protect an existing revenue stream or corner of their market and got taken out at the knees by someone who came in and just did it quicker, cheaper, better,” Masters said.

“I can’t think of a single example of someone who did the opposite who lived to regret investing aggressively in a technology that to some extent cannibalized their existing business activity but enabled them to offer new differentiated and higher value added services that created more sticky client relationships.”