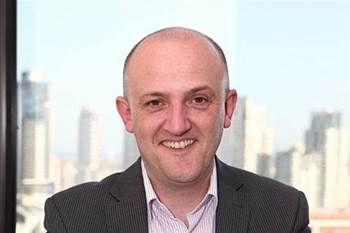 Delivering the Australian Security and Intelligence Organisation’s annual threat assessment, Burgess – most recently Australia’s crypto and hacking chief as the head of the Australian Signals Directorate – spelled out part of the use case put to politicians in the lead-up to the controversial bipartisan vote.

“I can confirm that ASIO has used the Assistance and Access Act to protect Australians from serious harm. We needed to take advantage of the new powers within 10 days of the legislation coming into effect – a clear indication of its significance to our mission,” Burgess said.

“And I’m happy to report that the internet did not break as a result!”

The comments come as security agencies double down on the argument that the so-called crypto busting laws were urgently needed despite objections from the technology industry and civil rights advocates about state security overreach.

Burgess said the good that technological advances needed to be balanced with the risks they created.

“The internet has massively democratised access to knowledge and it has enabled incredible new businesses,” Burgess said.

“Global connectivity and the ready availability of messaging apps which are encrypted for privacy, offers tremendous capabilities to connect with each other, whether across the street or across the world (or even across the lounge room or dinner table – you will know what I mean if you have young people at home),” Burgess said.

“While these things are a force for good they also have a potential dark side when used by those who would seek to do harm.”

“Technology should not be beyond the rule of law.

“Contemporary legislation, such as TOLA (Telecommunications and Other Legislation Amendment (Assistance and Access) Act 2018) that came into force just over one year ago offers a clear case in point.”

ASIO’s director general said technology has been “outstripping our technical capabilities to monitor threats and protect our fellow Australians” and that “encrypted communications impacts intelligence coverage in nine out of 10 priority Counter-Terrorism cases.”

“So we needed some changes in legislation to allow us to deal with the effects of that technology while still preserving the essential integrity and privacy of those communications for ordinary Australians.”

Burgess continued that the 90 percent figure referred only to counter-terrorism.

“In the counter-espionage world we are dealing with even more sophisticated targets.”

The ASIO chief said the agency recognised there was a “dilemma as do senior executives in the tech sector,” adding industry and the security agencies “need to work together to help organisations like ASIO and the police defeat the threats posed by malicious use of the Internet, while protecting the opportunities and freedoms it offers for all Australians.”

In an overt riposte to the likes of Apple and Facebook Burgess said “technology should not be beyond the rule of law.”

“We must be open about the challenges, open about the need for balance between privacy and security, and open about the importance of the rule of law that supports a free society, while at the same time providing the right response to the security threats we all face.”

Burgess said it was an unfortunate reality that “right now, terrorists are still plotting to harm Australians” including in “small cells of people meeting in secret.”

“Equally worrying is the ease with which terrorists continue to use the internet to spread their hateful messages, radicalise people to their cause and provide how-to-advice on committing atrocities against Australians.”

In a departure from the political norm, Burgess said that in Australia the “extreme right wing threat is real and it is growing.”

“In suburbs around Australia, small cells regularly meet to salute Nazi flags, inspect weapons, train in combat and share their hateful ideology.These groups are more organised and security conscious than they were in previous years.”

“We continue to see some Australian extremists seeking to connect with like-minded individuals in other parts of the world, sometimes in person. They are not merely seeking to share ideology and tactics,” Burgess said.