Asia-Pacific switches on to home networking 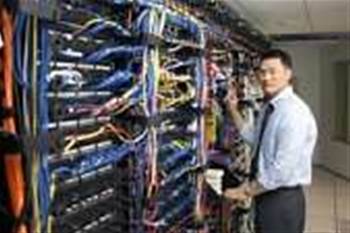 PC users in Asia-Pacific are rapidly moving on from installing their first broadband connections to setting up networks in their homes, according to a new survey.

A poll of PC users in several of the region's key markets conducted for research firm In-Stat showed that users are installing networks to share a single internet connection, to link PCs and to share printers.

Across the region, an average of more than 80 percent of PC users questioned have broadband connections at home. More than 40 percent already have a network router, and a similar number plan to buy one.

"Early adopters of digital home devices/applications in the Asia-Pacific region are in both developed and developing economies," said In-Stat analyst Victor Liu.

"People are actively seeking affordable solutions to improve their home connectivity and quality of information for work and entertainment at home."

Approximately 200 PC users in each of six key markets of Australia, China, India, Japan, Singapore and South Korea were questioned for the survey.

Homes with broadband, and in particular those with a home network, will be early adopters of new digital home devices and services, In-Stat predicts.

However, to realise the full potential of this huge market, vendors must cooperate on standards to give consumers a "plug-and-play experience" with a wide variety of products, Baidya believes.

Got a news tip for our journalists? Share it with us anonymously here.
Copyright ©v3.co.uk
Tags:
asiapacifichomenetworkingonswitchesto