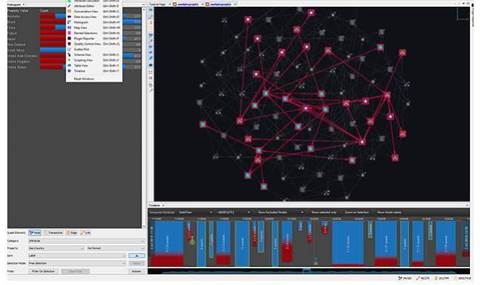 The agency best known for secretly hoovering-up other peoples’ data without their knowledge on Thursday said it was pushing out the tool which “can be used to identify trends and patterns in complex datasets, and can handle billions of inputs” as a contribution back to the community.

“Putting this powerful software into the open source community is ASD’s way of giving back to the community. The sky really is the limit with Constellation,” said Mike Burgess, Director-General of ASD, who has been anointed as the next head of domestic spy service ASIO.

“I hope this tool will help generate scientific and other breakthroughs that will benefit all Australians.”

The move is somewhat of a first for the often cloistered intelligence community which typically closely guards its capabilities.

However Burgess has recently been on a public mission to demonstrate the value ASD brings to the community after a restructure of the Australian Intelligence Community to make it operate more cohesively in an increasingly digitised world.

According to ASD Constellation “can be used by industry, academia, governments, research facilities or individuals to solve some of Australia’s greatest data-driven challenges.”

“The software can be used to understand patterns in any rich feature dataset, including to analyse the spread of disease or explore chemical compositions.”

The software is described as a NetBeans Java application that’s designed to run on either Windows or Linux desktops, with the app suited to “any network dataset with a rich feature dataset, including social network data, network infrastructure, chemical composition and many more.”

The local provenance of the software has also been put prominently on display with the download page stamped proudly with a “made with love in Canberra” stamp.

In terms of running requirements, ASD says Constellation requires “at least Open JDK 8 with JFX 8 support build to be installed and is known to work on Windows 64-bit and Linux 64-bit.”

But it does require a bit of graphics grunt, which is not to suggest ASD is spoiled for computing horsepower. Intel users could be a little disappointed.

“The OpenGL graph display works with NVIDIA and ATI graphics cards that support OpenGL 3.3 or later. It is known to not work with Intel on-board graphics cards,” the spec sheet says.

Mac is also not supported.