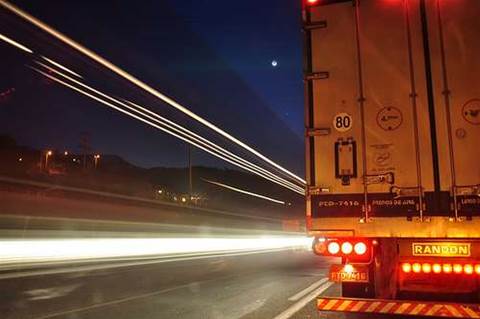 Logistics giants Asciano and Aurizon want a national trial of satellite technology on trucks to more accurately determine how much heavy vehicle operators should pay governments for road use.

The two ASX-listed firms have joined other rail bodies in pushing for the trial of a direct mass distance location (MDL) charging system on national highways from 2014-15.

MDL uses "GPS and other communications technology" to track the type and location of road being used by trucks, as well as the distance travelled.

Combined with data about the vehicle's mass, it could be used by governments to decide if the truck operator is paying its share for road use.

The data could also prove valuable to the state and local governments responsible for building and maintaining roads, as it show which roads heavy vehicles frequent and which therefore need certain levels of investment, the firms argued in a submission to the Productivity Commission inquiry into public infrastructure. (pdf)

The firms see the data sets provided by an MDL system as a way to reduce government red tape and to better link road usage charges and road investments.

Presently, they said, charges levied on heavy vehicle road use are split between federal and state governments, and there is "no direct link" between the road usage charges and the investments that are made back in road infrastructure.

They also argued there is an "under-recovery of expenses attributed to heavy vehicle use", and see tracking technology — and the data it can produce — as a way to put the real cost of road use back on the heaviest users of that infrastructure.

MDL systems have previously been advocated by the Heavy Vehicle Charging and Investment (HVCI) Reform Project Directorate. The reform project was first set up by the Council of Australian Governments (COAG) in 2007.

"As long as the cost of road investments is not accurately reflected in road prices and cross subsidisation between heavy vehicles users continues, it makes commercial investment in competing rail infrastructure very challenging," the firms said in the submission.

"This means that the full productivity, environmental and social benefits, which would flow from making greater use of rail freight transport, are more difficult to realise."