As 2018 ends, there are three epochal tech shifts 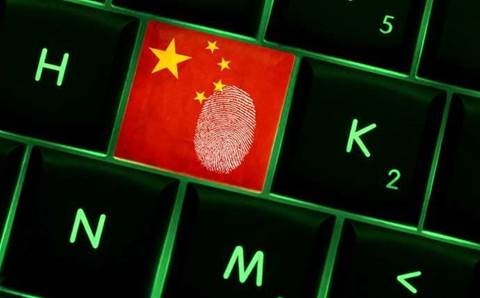 The ascendency of open source is now and broadcast's fate is sealed, but the winner of China vs USA is uncertain.

In the final weeks of 2018, three enormously significant events took place that will shape the technology industry for years to come.

Let’s start close to home, with the news this week that Freeview, the organisation comprising all of Australia’s free-to-air television broadcasters, added a web streaming service.

Doing so meant that all free-to-air content is now streamed to any device with a browser, effectively signaling that the television industry understands that its future goes down a wire, not a transmission tower.

The explicit recognition of that shift confirms the inevitability of streaming as dominant video platform of the future and means Australia’s entertainment and marketing industries must now come fully to grips with a permanently atomized audience.

The second enormous shift was Microsoft abandoning its own browser engine in favor of the Chromium engine that Google used to kick start its own Chrome browser.

The significance of this move is that Microsoft has never before effectively abandoned a product. And Edge is a significant product because Microsoft has seen a browser with its own spin on the Web as essential since the first releases of Internet Explorer in the mid 1990s.

For Microsoft to now acknowledge that developers just aren't interested in those efforts is remarkable. That the company has also acknowledged that the best way to build a browser it represents as the best companion for Windows is to use open source collaboration is a huge change.

Of course Microsoft has in recent years has abandoned open hostility to open source and now proudly speaks about how using it and contributing to it has become a part of its DNA.

But never before has Microsoft told the world that open source delivers a better outcome for users than it can deliver for Windows users.

The third event started two weeks ago with the arrest of Huawei's CFO in Canada. Huawei is feared in the West as either a potential or actual conduit for China's government to surveil upon or maliciously intervene in the operation of businesses and governments.

China's government steadfastly denies any such power to make Huawei do anything, or that it is in any way unfair in its dealings with other nations.

Indeed, the official Chinese line, as articulated this week in a speech by Xi Jinping, is that the Communist Party has flawlessly executed the transition to a market economy driven by socialist principles and will continue on its chosen course without regard to outside criticism.

That ambition sets up a contest to rival the 1960s' space race, as ideologically-opposed nations aggressively pursue goals both know have enormous strategic and economic significance. China already mostly milks western technology companies. That will surely continue for as long as it is tolerable for those companies. But China will try to wean itself from the West, which will fight back however it can as we saw in Canada.

Together these three changes show yet again the extraordinary dynamism of the technology industries and their ability to drive change, plenty of it welcome but much of it also jarring.

As journalists, the crew here at iTnews news love chronicling that change for our readers. But we need a break to keep doing it well, so we’re off from now until January 9th.

Until then, to you and yours, all the best for the festive season and for a happy, healthy, prosperous and well-informed 2019!