Arrested LulzSec hacker: he's one of us 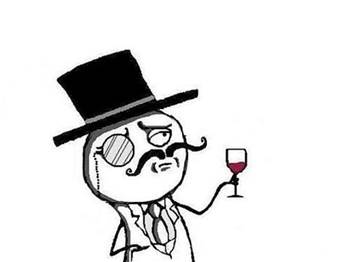 The Australian Federal Police have arrested a Sydney-based IT security professional for hacking a government website.

The self-proclaimed 'leader' of hacker movement LulzSec was arrested by police at his office in Sydney late yesterday and charged with three counts of unauthorised access to a computer system.

The unnamed 24-year-old, known online as Aush0k, resides in Point Clare on the Central Coast.

Police said he worked at the Australian operations of a large international firm offering IT security services, but declined to name the company. Research by iTnews and SC Magazine has since discovered the man is Matthew Flannery, a low-level support consultant at Content Security.

"He took advantage of a known exploit to access the website, then put a backdoor in" to gain further access, said Detective Superintendent Brad Marden, national coordinator of cybercrime operations at the Australian Federal Police.

Flannery was alleged to have also defaced the site by posting an image and 'altered' the internal structure of the site.

He is the first alleged member of the LulzSec group to be arrested by the AFP.

The AFP said Flannery was an IT professional and held a "position of trust" within his unnamed company, with access to "sensitive information from clients including government agencies". He had the potential to access data stored on the affected website but it did not appear he had done so, the AFP said.

His knowledge and skills presented "a significant risk to the clients of the company for which he was employed had he continued his illegal online activities," police said.

This has been disputed by Flannery's employer.

Content Security had no knowledge of his actions, according to the AFP.

Commander Glen McEwan, manager of the AFP's Cyber Crime Operations, said he wanted to get the message out that it was not 'harmless fun' to attack government websites.

"It is not about the magnitude of damage, its about the vulnerabilities that exist," he said. "No one has tacit consent to acceas such information. We are not dealing with a small, petty crime here."

Such access has "huge ramifications for society," he said.

The man has been bailed to appear May 15 at Woy Woy local court and must report to police three times a week.

The AFP said the man had been invovled with LulzSec for some time, but they were not aware of his motives.

LulzSec claimed responsibility for a series of high-profile attacks against government agencies and large corporations during 2011.

The group claimed to have ceased activities by late 2011, but Detective Marden said sporadic hacks continue.

"There has been ongoing talk - it is not necessarily a group as such, people affilliate with these networks with other motivated individuals."

One simply becomes a member of LulzSec "by self-affilliation", he said.

It is unknown whether the arrested man engaged in other LulzSec operations, and no extradition has been sought from a foreign jurisdiction.

The arrest follows the one year jail sentence handed down to Lulzsec member Cody Kretsinger, aka Recursion, who pled guilty in April last year for an attack on Sony Pictures International.

Other members of the group have pled guilty to hacking offences - among them, group leader Hector Xavier Monsegur, known as Sabu.